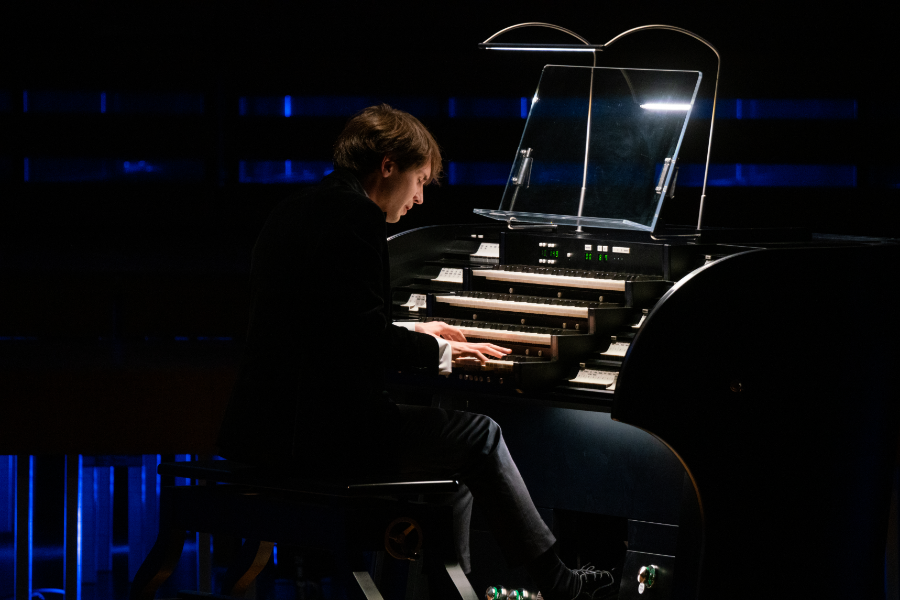 The performance of Karol Mossakowski, a prominent organist belonging to the young generation of virtuosos, will be a spectacular show of the sonic possibilities of the new instrument in the Main Hall of the National Forum of Music. The programme includes works by four French composers who have gone down in history as masters of the symphonic organ.

The unprecedented development of this instrument in the second half of the 19th century – enhancing their tonal, expressive and colour possibilities – made composers decide to use the term ‘symphonic’, previously reserved for orchestral compositions, for works written for the organ. During the concert, Mossakowski will perform the first movement of The Sixth Organ Symphony op. 42 no. 2 by Charles-Marie Widor, one of the most important organ virtuosos and composer writing mainly for this instrument. The next piece in the programme, Pelléas et Mélisande, is Gabriel Fauré’s charming suite inspired by Maurice Maeterlinck’s play under the same title. The programme of the concert includes the second and third movement of the suite. La Fileuse is a musical image of weaving on a spinning wheel. In this piece, the melody is led over a fast, motorized accompaniment, while La Sicilienne is a stylization of a calm Italian dance.

This evening, we will also hear the Chorale in E major – a late work by César Franck. It is serious, maybe even a bit raw, but at the same time beautiful and expressive. The last piece in the programme of the recital will be the Organ Suite op. 5 by Maurice Duruflé, who is considered heir to the oeuvre of the other three composers featured in the programme. The movements of the composition are: Prélude, Sicilienne and Toccata. Although the artist recorded many of his works, he was often very critical of them. For unknown reasons, Duruflé hated the brilliant, dynamic third movement and never recorded it, although he did so with the first two movements of the suite.