Death and the Maiden | cancelled 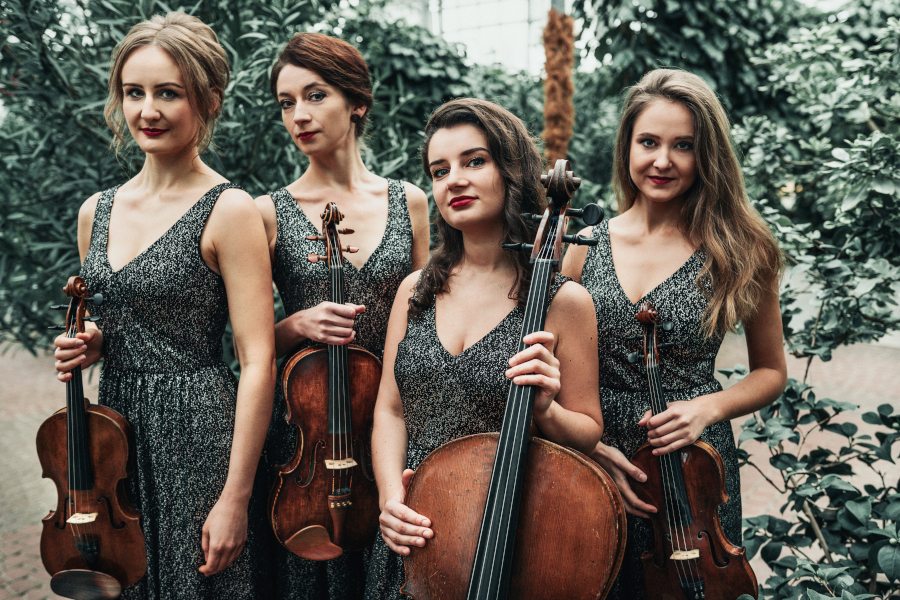 The Ãtma Quartet concert programme includes two works. One of them represents the modern era, the other – Romanticism. What they have in common is their genius form, with the depth of emotions and the intimacy of expression going hand in hand with the mastery of craft.

Krzysztof Penderecki composed the String Quartet No. 3 “Leaves from an Unwritten Diary” in 2008. Its premiere took place on 21 November of the same year, exactly on the artist’s 75th birthday. It is a one-movement work in which the composer enters a dialogue with his past, as evidenced by the subtitle. The piece begins with a dark introduction marked as Grave (Italian: “hard”), followed by a restless, virtuoso episode of Vivace (Italian: “lively”), a sentimental waltz (Tempo di valse) and a romantic nocturne (Adagio notturno). A Hutsul or Gypsy melody played on the violin by Penderecki’s father from Rohatyn, also resounds here, developed in various ways: like a vague, last-minute memory recalled. This is one of the artist’s most moving, personal and reflective compositions. Its serious, brooding but warm mood makes it very memorable.

An entirely different work is the dramatic, intense 14th String Quartet in D minor D 810 “Death and the Maiden” by Franz Schubert. The second movement, Andante con moto, is a variation on a song composed by Schubert to a poem by Matthias Claudius. In this poem, a young girl asks death to spare her life: “I am still young, my love, go and do not touch me”, to which Grim Reaper replies: “I am a friend, I do not come to punish. […] You will sleep blissfully in my arms.” The nature of this conversation influenced the nature of the music, which seems to be an almost existential treatise. The composition opens with a dramatic motif that sounds like a question. It develops a tense and anxious first movement, in which the singing melodies either shoot desperately upwards or slowly and resignedly fall. The second movement is a melancholic, almost cheerful dialogue with death, beginning with a rhythm reminiscent of a funeral march. The concise Scherzo is sharp, predatory, and has little in common with the humorous works usually labeled with this title. It is an introduction to the last movement, Presto – a demonic dance of death, which is here a stylization of tarantella i.e. an Italian dance in 6/8 metre. The slow-paced quote from Schubert’s King of Alders is eloquent: in this song the child asks his father in vain to save him from a ghost whom the man does not notice. At the end, there is a transition to the triumphant key of D major, which seems to suggest an imminent victory. However, the plot breaks down and the music returns to the gloomy, anxious main key of D minor.