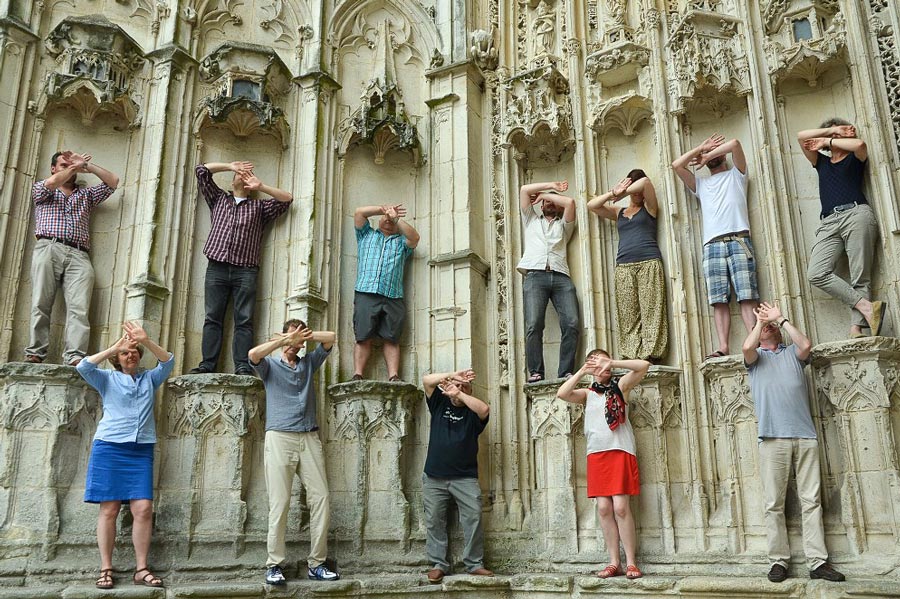 When thinking about avant-garde music, the contemporary listener will rather focus on the works of 20th-century composers. However, the previous epochs also had their experimenters, and their developments were no less radical than what was achieved after several centuries. The Huelgas Ensemble conducted by Paul Van Nevel will take the audience on a journey back in time, and it will also be a proposal to look at early music from a completely new and revealing perspective.

The concert programme features pieces by well-known and well-established artists. Often these are personalities about whom we know very little and who may remain mysterious to us forever. Such an artist is Solage, a composer and probably also a poet, representative of ars subtilior. This extravagant late medieval style was characterized by great complications in terms of harmony, rhythm and vocal range. The most famous work of this artist is the three-part rondeau Fumeux fume par fumée, an intriguing piece that is a symbol of this trend.

One of the most famous and prolific artists of the Renaissance was Orlando di Lasso. His compositional output includes many excellent, and at the same time innovative pieces. Among them, the cycle of twelve motets Prophetiae Sibyllarum is considered the most radical, two of which will be performed by the Huelgas Ensemble. The Renaissance and early Baroque eras will be presented in the works of other featured composers. Their common denominator is the phenomenon known as chromatics. The word chrōmatíkos means colourful in Greek, and in the context of music, introducing new sounds to a given scale by lowering them with flats or raising them with crosses. Such a coloured scale is surprising, introduces a sense of alienation, an element of tension, and at the same time testifies to the composer’s ingenuity. This is not, however, extravagance for the sake of extravagance, but a component that brings emotions to these works, still alive and capable of touching the hearts of the audience.