Song of the Soul 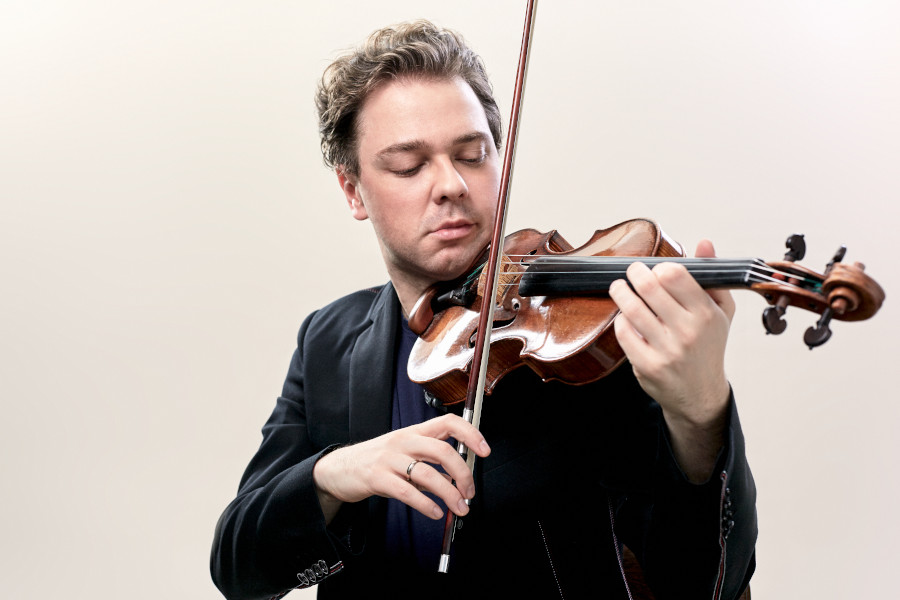 Although the programme of the NFM Leopoldinum Orchestra’s concert with Alexander Sitkovetsky includes works by two British and one Polish composers, all these pieces were written in England. They are also linked by the authors’ liking for displaying beautiful, singing melodies.

At the beginning of the concert, the musicians will present the Saint Paul Suite op. 29 no. 2 by Gustav Holst, which consists of four movements: Jig, Ostinato, Intermezzo and Finale (The Dargason). The piece was written for the St Paul’s Girls’ School orchestra, where the composer worked from 1905–1934. He was a valued and liked teacher, and he willingly wrote simple pieces to be performed by the students of this institution. The last link in the suite, The Dargason, is a string arrangement of the fourth movement Suite No. 2 in F major op. 28 no. 2. The title tune is a folk dance that was included in The English Dancing Master, published by John Playford in 1651. This part of the Suite also includes a quote from another popular old English melody – Greensleeves.

The Violin Concerto by Andrzej Panufnik, commissioned by his friend Yehudi Menuhin, is completely different. The composer accepted the offer with joy, and for him writing the piece was a return to the world of his childhood. The artist’s father was a violin maker, and the future composer’s youth was filled with the smells of wood and varnish, as well as the sight of instruments created in the workshop. These experiences influenced the reflective, warm and lyrical tone of the piece. They also made the composer living in England decide to write the third movement in the rhythm of a joyful oberek. Panufnik wrote: ‘I composed a piece that was to show the soul of the performer rather than turn the fretboard into a gymnasium for jumping fingers.’

The evening will end with Britten’s Variations on a Theme of Frank Bridge op. 10. They were commissioned by the conductor Louis Boyd Neel, who premiered them with his orchestra that same year at the Salzburg Festival. This concert was the beginning of the British composer’s spectacular career as a composer. Frank Bridge was his teacher, supporting and inspiring him, and Britten spoke of him with appreciation and fond feelings for many years after graduation. The work consists of an introduction and ten variations, each with a separate title and expressing a different side of Bridge’s character: Adagio, March, Romance, Aria italiana, Bourrée classique, Wiener Waltzer, Moto perpetuo, Funeral March, Chant and Fugue, and Finale. It is also a display of the young artist’s inventiveness manifested in a great variety of styles – some sections bring to mind the music of Rossini, while others of Ravel or Stravinsky.