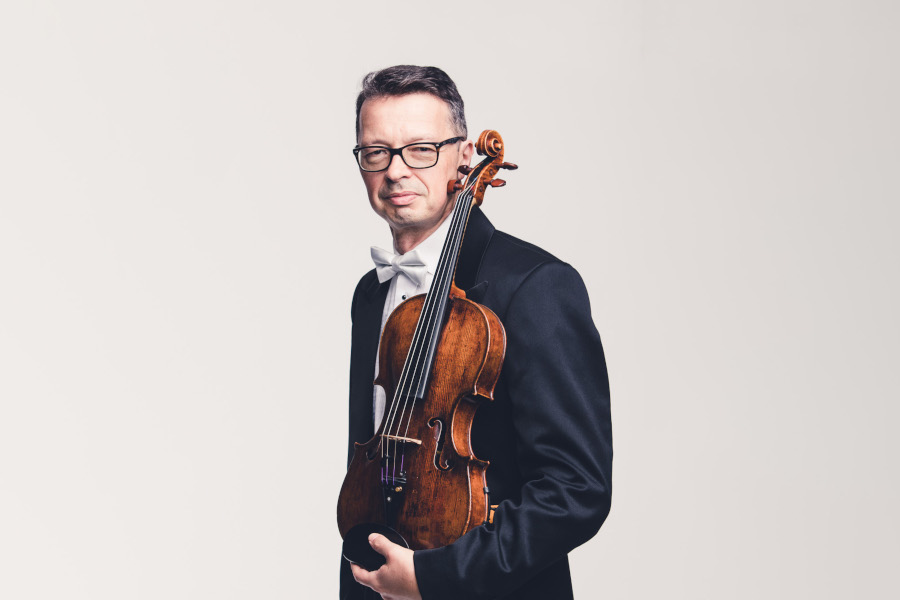 We invite you to one of the last concerts of the year for the the NFM Wrocław Philharmonic under the baton of Christian Vásquez. It will be an opportunity to listen to a composition that places the viola in the rare role of solo instrument, played by Artur Tokarek. This piece will be followed by a composition written by a teenage composer, with a surprising and unusual story behind its creation.

Ralph Vaughan Williams composed the Suite for Viola and Orchestra in the years 1933 to 1934. The English composer wrote it as a tribute to Lionel Tertis, a legendary viola virtuoso. At the time compositions for violas were scarce, as it was treated as an ‘ugly duckling’ among the string instrument family. Tertis tried to change this, inspiring composers to showcase the beauty of its sound. Among other composers who also wrote for viola were Gustav Holst, William Walton and Arnold Bax, while the musician himself was the author of the books Cinderella No More and My Viola and I. Vaughan Williams’ composition has eight movements of contrasting mood and expression: Prelude, Carol, Christmas Dance, Ballad, Molto perpetuo, Musette, Polka mélancolique and Galop. Although accessible in its musical language and ambience, the composition is not frequently performed, making this concert in Wrocław a wonderful opportunity to listen to it.

In the second part of the concert you will hear Symphony in C. Georges Bizet began working on this work at the end of October 1855, just four days after his seventeenth birthday. The creative process progressed quickly and a month later the work was complete. The artist considered it a student exercise – he did not pursue its performance nor its publication. The manuscript of the symphony was found in the archives of the Conservatoire de Paris in 1933 by the French musicologist Jean Chantavoine. The researcher described this ‘new’ piece in Le Menestrel magazine, and his article interested Bizet’s biographer, Douglas Charles Parker. He immediately passed information about this discovery to the German conductor Felix Weingartner, who conducted the premiere of the piece in Basel in 1935. Symphony in C is an unpretentious and graceful composition, a testimony of Bizet’s great melodic creativity. Its three movements are all in a lively tempo, with just the second one (Andante. Adagio) standing out with its slow tempo and a beautiful, melancholic oboe solo.