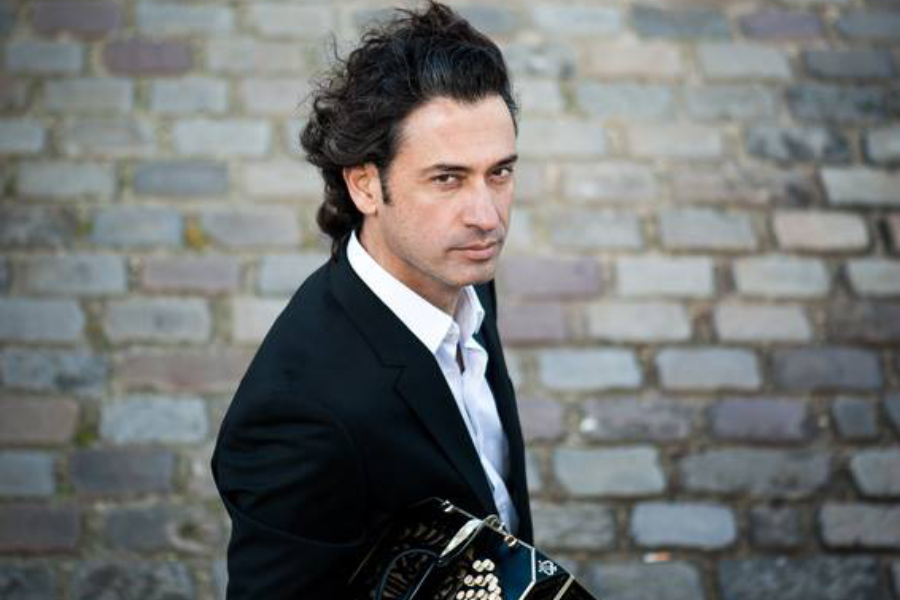 We invite you to the concert of the NFM Leopoldinum Orchestra under the baton of Christian Danowicz with the participation of Juanjo Mosalini, an Argentinean virtuoso of the bandoneon. The evening features works by three composers who work at the boundary of popular and classical music.

First, we will listen to the 1st Double Concerto for violin and bandoneon by Juan Pablo Jofre, an Argentinean artist born in San Juan in 1983, who is both a respected composer and bandoneon virtuoso. As a young man, he played the drums, vibraphone, bassoon, double bass and piano. He was also a member of a heavy metal band. A turning point for the teenage Jofre was the encounter with the work of Astor Piazzolla, which significantly changed the way the young artist thought about music and inspired him to play the bandoneon. His concert consists of five short movements: Introduction, Allegro, Adagio, Cadenza and Milonga.

Juanjo Mosalini has also tried his hand as a composer, and during the concert of the NFM Leopoldinum Orchestra two pieces by him will be heard: Cien años and Tom Toc. Concierto para quinteto by Astor Piazzolla is a work from the album of the same title from 1971. It is imbued with the Argentinean melancholy, which gives his music a characteristic expression. The evening will end with the performance of the virtuosic, passionate Concerto for Bandoneon and Orchestra “Aconcagua”, one of Piazzolla’s most famous works. It is a work of extraordinary emotional intensity, combining hot emotions with moments of great nostalgia and longing.