Christmas Carols of the World 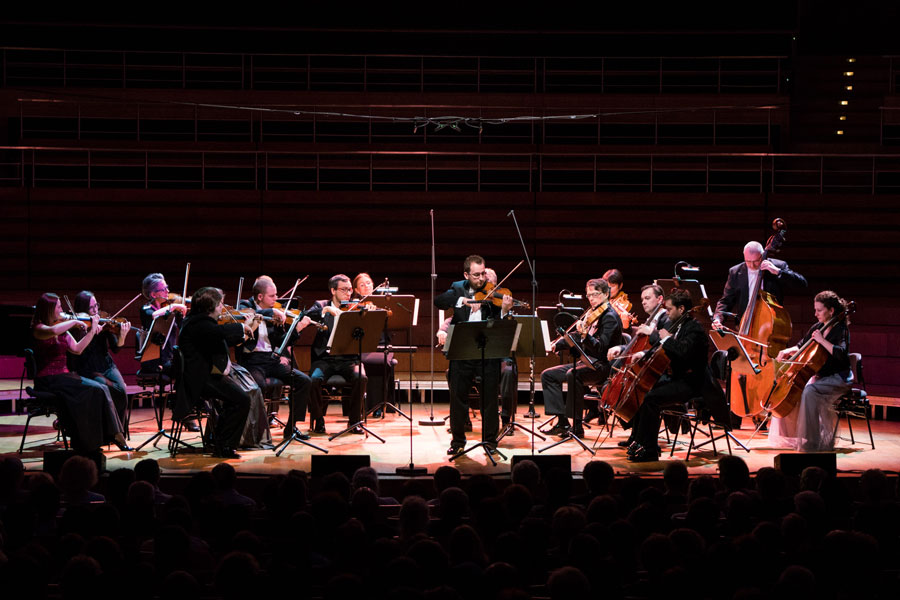 The concert Christmas Carols of the World is a great proposition for all those who relish the atmosphere of Christmas. This evening we will hear the most captivating carols from different parts of the world as well as classic Christmas and winter compositions. The West Side Sinfonietta and the NFM Choir, conducted by violinists Paweł Maślanka and Marcin Danilewski, will perform on the stage of the National Forum of Music.

A few days after the traditional Christmas Eve supper, the Christmas mood will also come to the NFM. This will happen thanks to this special concert whose repertoire includes various Christmas carols from different places and times written both in contemplative and vivacious moods.

The West Side Sinfonietta will begin the evening with Wolfgang Amadeus Mozart’s Symphony in E major KV 16, composed in Chelsea, London. During the three-year tour of the Mozart family through the countries of Western Europe (1763–1766), while staying in London, Leopold Mozart became seriously ill and at the beginning of August in 1764 rented a country house near the capital of England with a hope to recover. Due to the health problems of the father, the children were not allowed to play instruments. Eight-year-old Wolfgang Amadeus therefore used his free time to compose, in effect creating his first symphony. The next piece to be performed is the Symphony in B flat major, originally marked in Mozart’s catalogue as KV 17. Nowadays, the authorship is most often attributed to Leopold Mozart, however the latest musicological research indicates that the sketch of the score for this symphony is neither the work of Wolfgang nor Leopold. For this reason, the work in the sixth edition of Ludwig Ritter von Köchl’s catalogue was assigned to instrumental works dubiously or incorrectly attributed to Wolfgang in Appendix C, number 11.02.

The Weihnachtsmusik, intended for a line-up of two violins, cello, harmony and piano, is a unique work by the leading author of dodecaphony. It was composed in December 1921 for the purpose of celebrating Christmas with family and friends. With this piece, Arnold Schönberg once again proved that he is a master of counterpoint. He chose two well-known carols as the chorale basis: the Protestant Es ist ein Ros entsprungen and the Catholic Stille Nacht. The Protestant melody opens the piece, and after it has been fully developed, the melody of Silent Night appears, subject to further polyphonic elaboration.