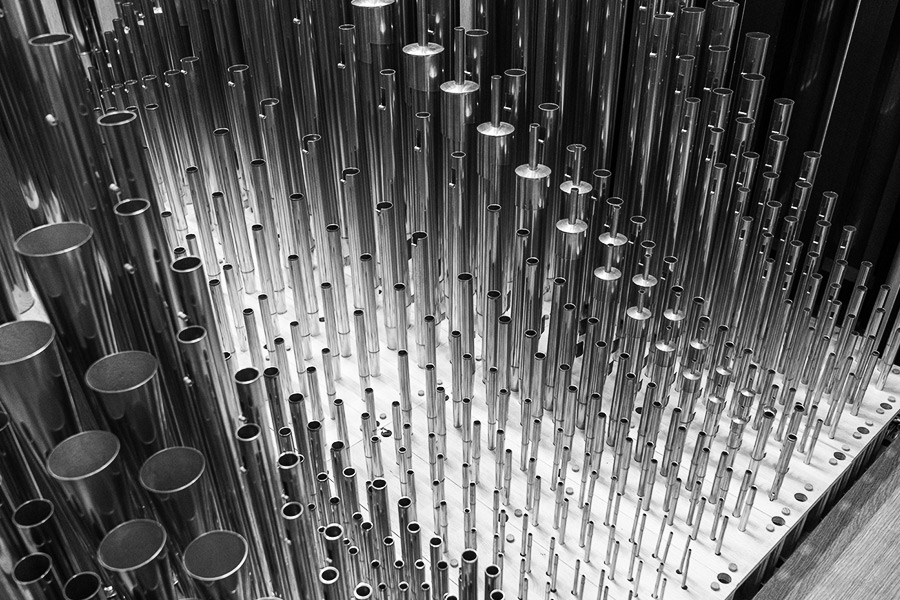 The French organist Philippe Lefebvre is one of the most valued and recognisable virtuosos of our times. Professionally connected to the cathedrals of Chartres and Notre Dame among others, he has gained a name both as a performer of major works from the organ canon and as a creative improviser. The programmes of his recital – during which he will play on a remarkable instrument in the French style, built last year in the Main Hall of the NFM – will be predominantly made up of works by composers linked to Notre-Dame cathedral.

Claude-Bénigne Balbastre was one of the most well-known French composers of the second half of the 18th century. Although his compositions were very popular during his lifetime, sadly they were later forgotten. Lefebvre will perform his Marche des Marseillois et l’air “Ça ira”, a set of virtuosic variations on the The Marseillaise. This is followed by a change of tone to the serious and raw Chorale No. 2 in B minor by César Franck, from the Romantic period. The next piece will be the serious and thoughtful second movement of the Organ Symphony No. 2 in E minor, Op. 20 by Louis Vierne. Vierne was an artist from the next generation. He worked for thirty-seven years as an organist at Notre-Dame cathedral, where he eventually died during one of the concerts.

We will also hear the ethereal Clair de lune from Suite bergamasque by Claude Debussy – one of the composer’s most popular and most recognisable works. Initially this piece was composed for piano, but it soon became available in countless arrangements for other lineups. During his recital in Wrocław, Lefebvre will perform his own arrangement of this composition. Cortège et litanie by Marcel Dupré (a student of Vierne) is a composition consisting of two parts. One is a calm, steady procession, and the other a forceful, majestic apotheosis. The organist, composer and pedagogue Pierre Cochereau was Lefebvre’s master. By adding Cochereau’s piece Boléro sur un thème de Charles Racquet to the programme Lefebvre is paying tribute to his mentor. This intriguing take on a Spanish dance requires two percussionists alongside the organ. The concert will end with improvisations by the soloist.