The Roots of Singing – Środa Śląska 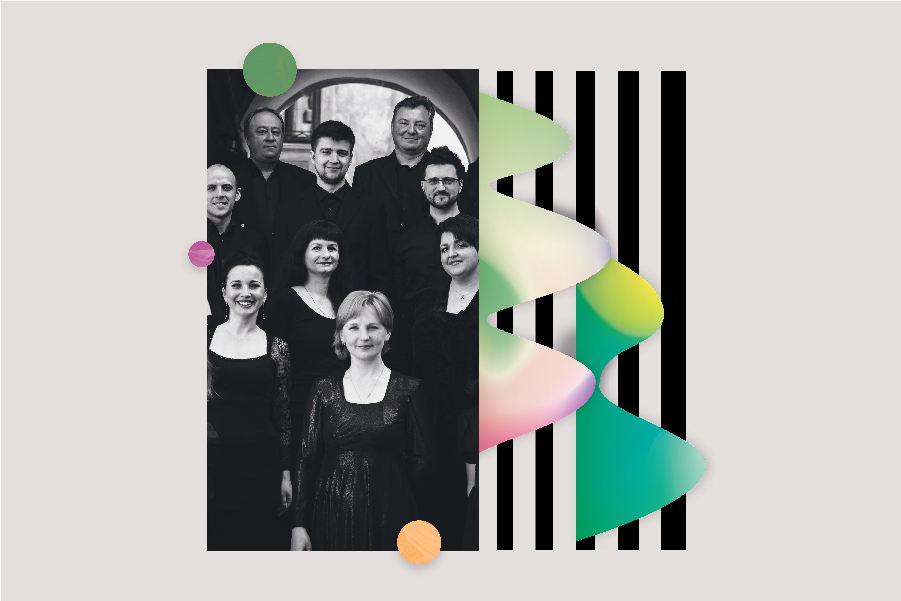 The concert performed by the A cappella Leopolis ensemble conducted by Ludmila Kapustina will be a journey in time and at the same time a demonstration of the beauty of the oldest musical instrument – the human voice.

The concert programme is exceptionally varied and rich. We will have the opportunity to hear two motets – the author of the first of them, Viderunt omnes fines terrae, is Mikołaj Zieleński, one of the greatest Old Polish composers. Benedicam dominum, on the other hand, is a composition by Philipp Dulichius, a German artist active at the turn of the Renaissance and Baroque. Orthodox music will also be heard during the concert. Покаянія отверзи ми двері is a monophonic singing from the Lviv Irmologion, or Orthodox songbook. Mykola Dylecki, author of Вечірня, is a composer of church music. He wrote in the 17th century and was the author of Musical Grammar – the first Russian book on music theory. He was an advocate of Western-style polyphonic singing in his homeland, and such pieces were called partesny concertos. During the concert, Leopolis will perform an anonymous piece of this type called Сіде Адам прямо Рая.

During the performance of our guests from Lviv, we will also listen to the works of Giuseppe Sarti, who was an Italian composer active in the 18th century. The fortunes of his life were quite complicated. He began his career in his home country, then moved to Denmark, and spent the last dozen or so years of his life in Russia, at the court of Tsar Pavel I. The artist wrote numerous religious works inspired by the Orthodox musical culture. They include, among others the piece Нині сили небесния, featured in tonight’s programme. The fortunes of the Ukrainian composer Maksim Berezowski, the author of such works as: Блаженні яже ізбрал, Чашу спасенія прийму, Радуйтеся праведнії, Отче нашче were different. He was educated in Italy, and it was there that he achieved his greatest artistic success.

Another composer from Ukraine, Artem Wedel, whose works we will hear during the concert, is a highly interesting personality. He developed a great career, achieving considerable success, but at one point he made a spiritual U-turn. He gave away his fortune, rejected the honours granted to him and joined the Pechersk Lavra, a monastery located in Kiev. He composed sacred pieces, including Господи, Боже мой, which will be performed in Środa Śląska. The programme of the concert also includes the lyrical Psalms Кант про Страшний Суд and Через поле широкеє, whose author is Dmytry Kotko, an artist known both as a composer and an excellent choir conductor.