The performance was realised in collaboration with the National Institute of Music and Dance as part of the programme Choreographic Commissions 2018. It also received a subsidy from the Scene for Dance programme 2019.

The organiser of the Polish Dance Network is the National Institute of Music and Dance.

Financed from the funds of the Ministry of Culture, National Heritage and Sport. 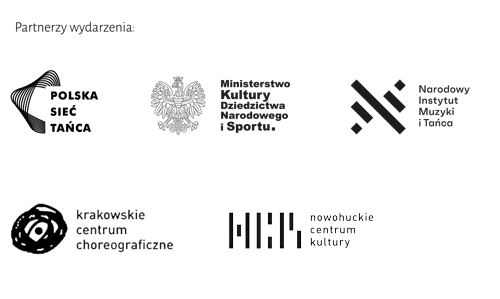 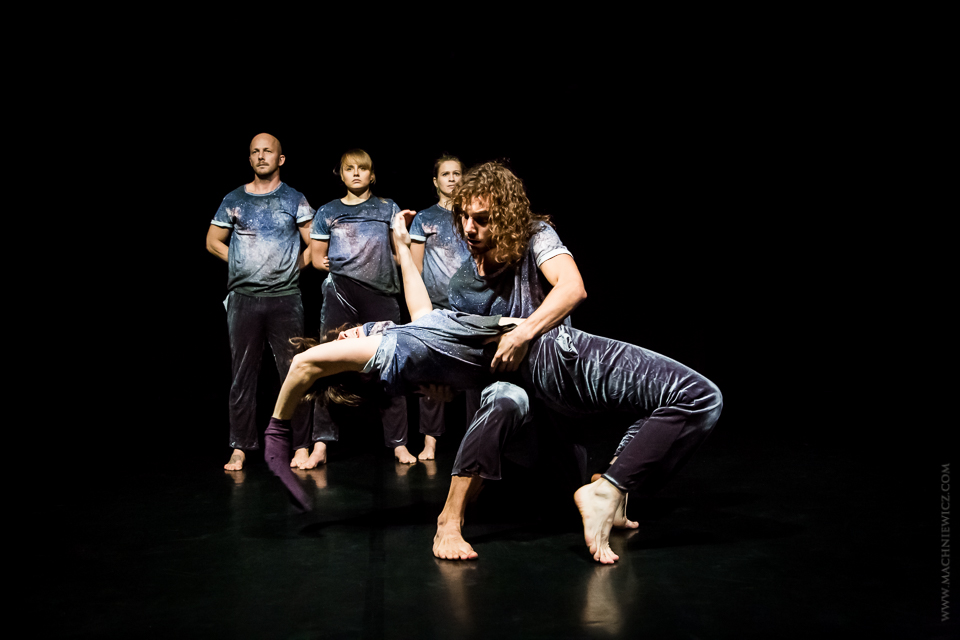 It's a journey in depth. The exchange between heart beat, flow dynamic, between what is inside and outside. Exploration of vital and primal tribal and subtle suspend. Movement subject to the laws of physics, emotions and state. Immersed in different space-times and realities. Pulsating between vitality, primordiality and the status quo. Between reality and the dream of flying. Exposing what is organic, animal, archetypal, but also aimed at subtle punctures, the elusiveness of the cosmos and the spirit. Trance, a ritual, a way to yourself by connecting with a particle of the energy surrounding the Universe.

The choreography for the performance was prepared by Ferenc Fehér and Iwona Olszowska.

Fehér's style is a unique and extremely expressive combination of physical dance, dance and movement theatre, freestyle dance and animalistic motor forms transformed into a unique dance. Ferenc has been shaping his style continuously since 2007 thanks to his own way and individual choreographies, based on his consistent search for movement and uncompromising improvement of the original technique. He started as a performer at Company Finita la Commedia, with which he made 19 productions and won 16 festival awards. For over 11 years of his own choreographic career, Ferenc has co-created 25 productions, half of them outside Hungary. He toured all of Europe with his performances. He also went beyond the borders of the continent during tours in  Mexico, Brazil, India, Panama, Russia, South Korea, Japan, USA, Israel, Iran, Canada, Singapore, China, and Egypt. Fehér has also created non-stage wrks, e.g. in the feature film World War Z or the dance film Amper and Juice. Thanks to his unique and recognizable style, he often teaches at foreign festivals, including in China, Russia, Brazil, Spain, Romania, USA, Panama, Palestine, Iran, Egypt, the USA and the Netherlands.

Iwona Olszowska is a dancer, choreographer and contemporary dance teacher. As a teacher, she specializes in body awareness, improvisation, contact and improvisation as a performance. She is certified by the Somatic Movement Educator according to the Body Mind Centering® method. She created her own dance style called 'spiral flow dynamic'. Olszewska is the co-founder and artistic director of the Experimental Studio EST (1989), implementing structural improvisation, lecture-performance and site-specific projects - pioneering activities in Polish dance at that time. She created the Dance Area series at the BARAKAH Theatre in Kraków. She is the author of solo performances and choreography for groups, such as the Polish Dance Theatre. She has also realized the stage movement for drama theatre productions -  about 40 in total. She has conducted coaching sessions crownedwith shows, incl. Falling After Paxton in Toruń, Łódź, Białystok and Wrocław. She has worked in projects with Pracownia Fizyczna, Renata Piotrowska, Marta Pietruszka, Magda Przybysz, Jacek Owczarek, Anna Haracz, Natalia Iwaniec and with foreign artists: Liz Lerman, Risa Jaroslow, Maida Withers, Pierre Deloche, and Michael Schumacher. She received awards for choreographies and for the pursuit of her own creative path, stage personality and a scholarship from the Batory Foundation and the ArtsLink program in New York. For several years, she has been working with musician Marcin Janus, dancer and performer Paweł Konior,  based on the BMC method and structure impro choreography.