May with Early Music – Autumn Edition

A concert of the Music First series 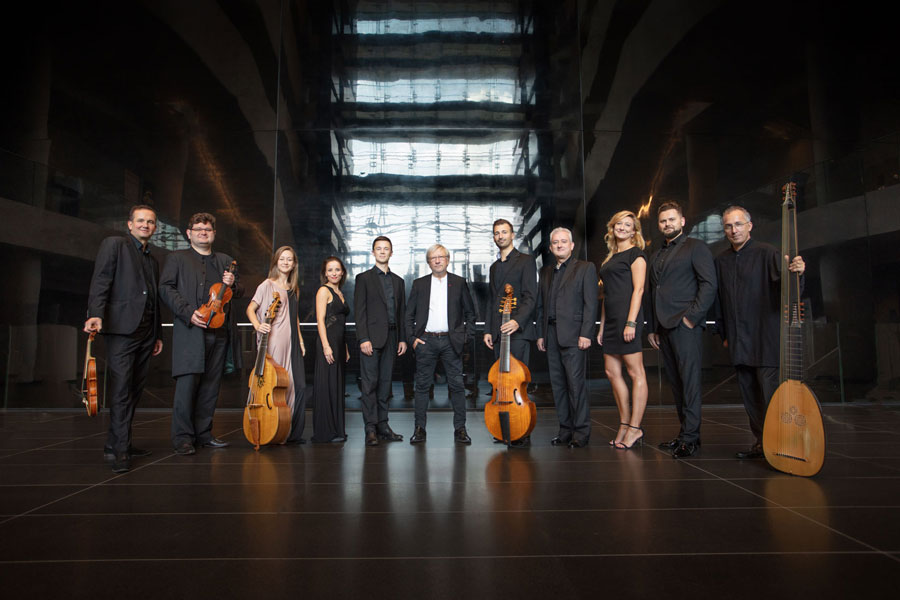 Since the beginning of his musical activity, Andrzej Kosendiak has restored the memory of early Polish music. During the concert with Wrocław Baroque Ensemble, he will conduct the works of three outstanding composers of the Baroque era: Stanisław Sylwester Szarzyński, Marcin Józef Żebrowski and Grzegorz Gerwazy Gorczycki.

Szarzyński, probably a relative of the poet Mikołaj Sęp Szarzyński, is a very mysterious figure. It is certain that he belonged to the Cistercian order and was associated with the Primate’s chapel in Łowicz, where most of the manuscripts of his works were found at the turn of the 20th century. Only two manuscripts have survived to our times – the rest were burned during the Warsaw Uprising, including the Sonata for two violins and basso continuo, one of the most beautiful pieces of Polish Baroque.

Żebrowski, born in 1702, was a musician in the Jasna Góra chapel for several years. He probably studied abroad, as evidenced by the discovery of the autograph of the Concerto grosso in London and his symphony and sonata published in Amsterdam. It is known that during the concert on the name day of King Stanisław August Poniatowski on 8 May 1768 in  Warsaw, he accompanied his wife, singer Maria Elżbieta, on the violin. It is from her letter that we know the exact date of the composer’s death. Żebrowski wrote instrumental and vocal-instrumental pieces. His style belongs to early Classicism with elements of Italian Baroque, as evidenced by vocal virtuosity and frequent use of polyphony. The polyphonic arrangement of the Vesperae in D psalms, of which the artists will present a selection, is the most extensive composition, and at the same time one of the most representative of his works.

The concert will end with works by Gorczycki. He was a comprehensively educated artist – he studied philosophy in Prague, and then theology in Vienna. It is not known, however, where he studied composition. From 1698 until his death in 1734, he directed the vocal and instrumental chapel of the Wawel Castle Cathedral. His output is almost exclusively polyphonic religious music set to Latin texts, created in various genres and styles for the needs of the rich liturgy of the Kraków cathedral. The two paschal hymns Tristes erant apostoli and Jesu corona virginum are in an a cappella style dating back to the Renaissance. The vocal-instrumental Completorium, intended for a big line-up, is an extensive, seven-movement work to the texts of the liturgy for the end of the day. They are characterized by rich colours, full of singing melodies in the Baroque concertante style. A copy of this composition was found after World War II in the parish church in Raków Opatowski.