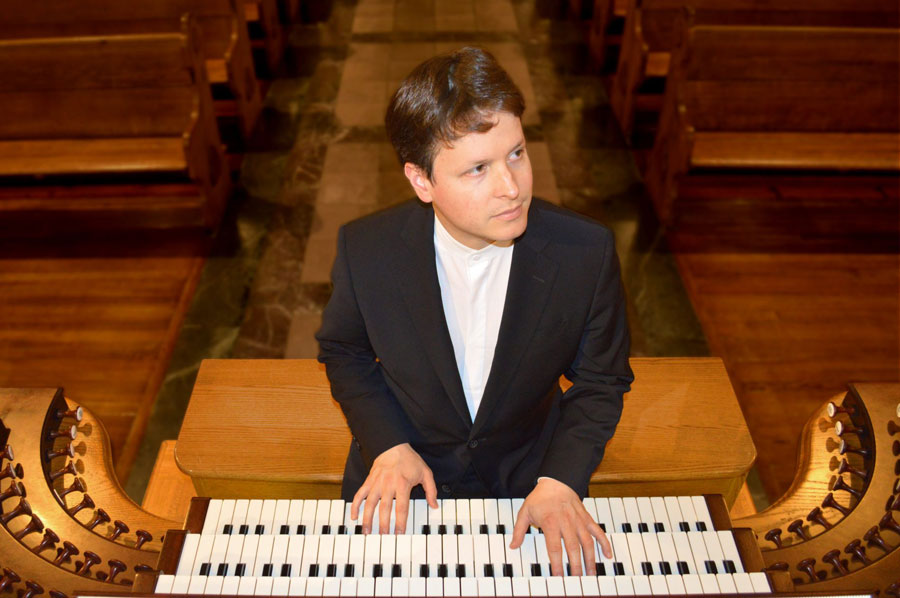 We invite you to a concert of the NFM Wrocław Philharmonic under the baton of its Artistic Director Giancarlo Guerrero. We will hear attractive, colourful works by two classics of the 20th century: Albert Ginastera and Maurice Ravel, and two works for organ and orchestra by lesser-known artists.

Variaciones concertantes op. 23 were written in 1953. This is the most important work of Ginastera from the period known as ‘subjective nationalism’. The composer tried to incorporate elements of Argentine folk music into the pieces he wrote at that time. In the variations he did not use any specific folk melody, but he did use melodic and rhythmic phrases characteristic of Argentine music. First, the theme sounds, followed by eleven variations in which the individual instruments of the orchestra appear solo or in groups. These are, in turn: cello and harp (which depict the theme), strings, flute, clarinet, viola, oboe and bassoon, trumpet and trombone, violin, French horn, all wind instruments, double bass, and finally the entire orchestra. Each episode is different from the rest in tempo, character, mood and timbre.

The next piece in the programme is the Organ Concerto in E flat minor op. 55 by Horatio Parker. This American composer, organist and teacher was one of the leading figures in musical life in the seaside town of New Haven in the second half of the 19th century. Although he was considered one of the greatest American composers in his lifetime, his rich legacy was almost completely forgotten. You realise that it is wrong by listening to the four-movement Concerto in E flat minor. This work is listener-friendly, effective, expressive, at times dramatic, and at the same time full of melodies that are melodious and catchy. My Mother Goose by Ravel is a piece inspired by fairy tales, including by Charles Perrault, and it was written for the children of the composer’s friends, Jean and Mimi Godebski, grandchildren of the Polish sculptor Cyprian Godebski. The suite, originally intended for piano for four hands, was soon released in an orchestral version, which became one of Ravel’s most popular works. It consists of five movements inspired by various fairy tales. The extraordinary melodic inventiveness, colourful and suggestive orchestration as well as the specific, oneiric mood of this music make it enchant new generations of listeners.

The concert will end with the performance of Symphony No. 1 for organ and orchestra op. 42 by Alexandre Guilmant. This composer, active in the second half of the 19th century, was considered one of the greatest organists of that time. His status was confirmed by his appointment as organist in the Church de la Sainte Trinité in Paris, which he held for thirty years. The symphony featured in this programme is a work consisting of three movements. It is daring music, full of light, perfectly illustrating how beautiful and powerful the sound of the organ can be.