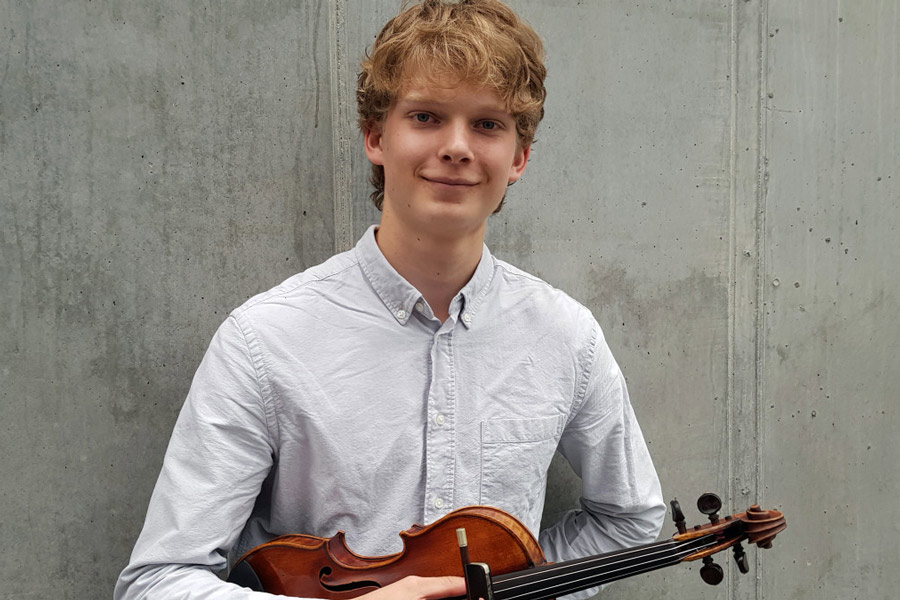 We invite you to a concert featuring early works that are among the most popular and most frequently performed in their composers’ oeuvre. The first is light and graceful, the second full of anxiety and passion.

The Violin Concerto in D minor that will sound that evening was written in 1823, when Mendelssohn was only thirteen years old. This work never gained great popularity. The outstanding violinist Yehudi Menuhin, who performed it in 1952 at Carnegie Hall, and then recorded it three times, contributed to its increased presence on concert platforms. The Concerto in D minor is a light and carefree composition in a conventional, three-movement form, crowned with an energetic finale in an allegro tempo.

The Verklärte Nacht is an early work of Arnold Schönberg. The piece aroused quite a controversy during its premiere. Based on a poem by Richard Dehmel and inspired by the Schönberg’s ardent feelings for Mathilde von Zemlinsky, his future wife, it caused a stir among the prudish Viennese community, because the literary original is by no means decent. Nowadays, the Verklärte Nacht does not arouse this kind of sensation anymore, and its passionate and emotional appeal makes it one of the most liked and most played compositions by Schönberg.