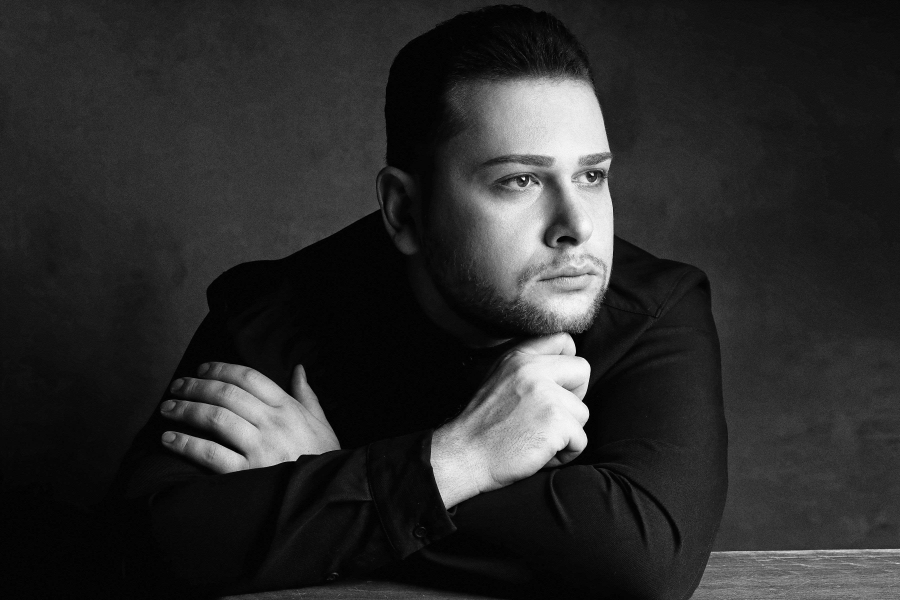 We invite you to a joyful celebration of 2022 at our New Year Gala. Let’s enjoy together the beauty of the human voice, in a programme filled with melodies from arias and duets of 19th-century operas enjoying unflagging popularity. The NFM Wrocław Philharmonic will be conducted by Piotr Sułkowski, while the solo parts will be performed by the internationally renowned soprano Ewa Płonka and the outstanding Georgian tenor Giorgi Sturua.

The gala will open with an overture to the nowadays rarely performed opera Legend of the Baltic Sea Composed in 1924, the work tells the story of the love of Bogna and Doman, and the libretto is based on the legend of Wineta, a legendary town sunk by the Baltic Sea. The impulse to write the opera was Poland’s access to the Baltic Sea regained in 1919 The opera was very popular in the interwar period and was even referred to as folk music due to the use of folk musical motifs.

This maritime piece will be followed by fragments of veristic operas, the protagonists of which are ordinary people. At the beginning, we will be taken to Rome, where the singer Floria Tosca and the painter Mario Cavaradossi fall in love, but their passion is doomed by political circumstances. After the instrumental intermezzo from Pietro Mascagni's most famous opera Cavalleria rusticana, which takes place in the Sicilian peasant community, we will listen to Cavaradossi's moving aria. The painter waits in prison for the break of dawn, which will bring his execution. With the words E Lucevan le stelle (And the stars shine) he sings the beauty of the world, the stars, the scents of the garden and remembers his beloved. Meanwhile, his dearest Floria decides to succumb to head of Roman police Count Scarpia in exchange for his pardoning Cavaradossi. In the moving aria Vissi d'arte (I lived for art), Tosca complains to God about her plight and recalls her happiness with Mario.

In the second part of the gala, the singers will present the most beautiful arias and duets by Giuseppe Verdi. After the Nabucco Overture, which tells the story of Nebuchadnezzar's conquest of Judea, Ewa Płonka will perform the aria of Lady Macbeth Vieni t'affretta from Act One of the opera based on Shakespeare’s play. Then Giorgi Sturua in the role of Rudolph, singing an aria from Luisa Miller, will take us to 17th-century Tirol, from which, with the sounds of a triumphal march from the opera Aida, we will go on a musical journey to the times of the pharaohs to hear about the tragic love of the Egyptian army commander Radames and the Ethiopian enslaved woman Aida.