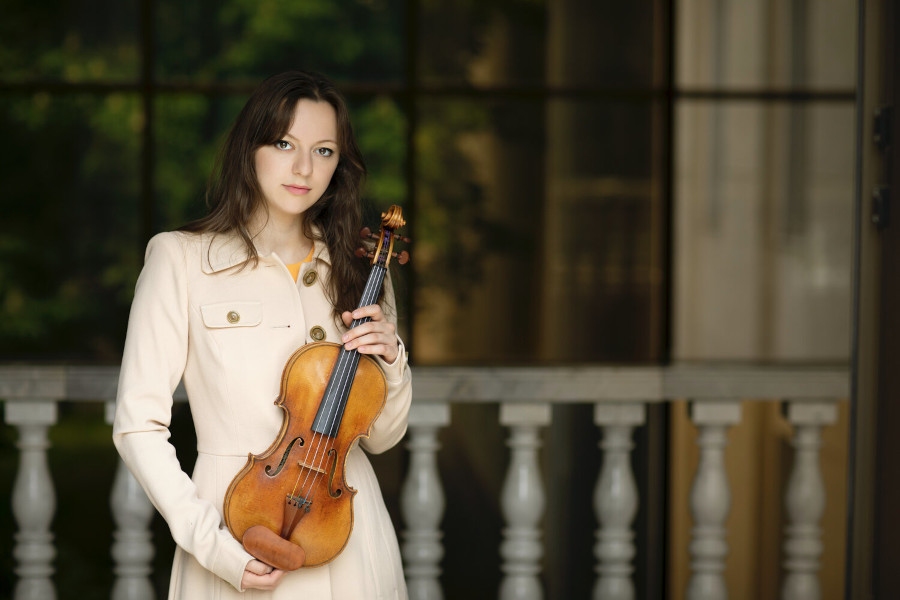 We invite you to a concert, during which the winner of this year’s International Violin Competition Joseph Joachim in Hanover, Maria Ioudenitch, will perform together with the NFM Leopoldinum Orchestra. The repertoire features well-known works from the Classical and Romantic eras, although the artists will also present a piece by a respected composer of our time, Vivian Fung.

The first one will be Violin Concerto No. 4 in G major, Hob. VIIa: 4 by Joseph Haydn, distinguished by exceptional lightness and clarity of form. The solo violin part makes its score eagerly used by generations of young musicians. Although Haydn’s concertos were not as abundant as his quartets or symphonies, the concertos continue to enjoy unflagging interest. The one-movement Symphony No. 10 in B minor by Felix Mendelssohn, written for strings, is basically an equally subtle and expressive composition. It was created when the artist was only fourteen years old and was still studying with his master, Carl Friedrich Zelter, at the Singspiel Akademie in Berlin. It clearly shows inspiration from Carl Philipp Emanuel Bach's string symphonies or the compositional style of Haydn.

Tonight we will also listen to a work by Vivian Fung, entitled String Sinfonietta. The composer herself talks about its strong connections with Chinese and Indonesian folk music. Patterns taken from exotic folklore in a synthesis with figurative melodic lines of individual parts produce an impressive and subtle form. The concert will end with the brilliant Introduction and Rondo Capriccioso op. 28 by Camille Saint-Saëns, composed in 1863 for the violin virtuoso Pablo de Sarasate, who a few years later took part in the premiere of the piece at the famous Salle Pleyel in Paris. “That my violin music has been so successful, I owe it to him. He has been the greatest violinist of his time and everywhere performed my pieces that were unknown to the world,” is how Saint-Saëns lauded his great friend Sarasate.