28
November 2021 | Sunday
6:00 PM
Choral concerts
Main Hall
From Dusk till Dawn
NFM Boys' Choir / Lutosławski Quartet
Buy ticket
ABOUT US01
Lutosławski Quartet
The ensemble was founded in 2007. It has appeared at many festivals, including: Wratislavia Cantans, Ensemble, Musica Polonica Nova, Jazztopad, Chain, the Lutosławski Forum at the Polish National Philharmonic, the Klara Festival in Brussels, and the Ankara Music Festival in Turkey.The quartet has given concerts with Bruno Canino, Paul Gulda,, the Silesian Quartet, the Royal String Quartet, Tomasz Strahl, Ryszard Groblewski, an English oboist Nicholas Daniel, the world-renowned pianist and Chopin Competition prize-winner – Eugen Indijc, an extraordinary clarinetist Michel Lethiec, as well as outstanding jazz players such as Kenny Wheeler, John Taylor and Uri Caine. They have also performed Bohuslav Martinu’s and Arnold Schoenberg’s concertos for quartet and orchestra under Maestro Jacek Kaspszyk’s baton. At the invitation of the Polish Institute in Brussels in December 2010, they appeared in the Brussels Opera with a concert closing the International Chopin Year.

About Us02
Projects
In 2012 the ensemble was invited at the Contemporary Music Festival in Greece.Together with the guest musicians – Krzysztof Jakowicz and Andrzej Bauer – they have recorded world’s first album featuring Witold Lutosławski’s chamber works for the CD Accord label. The CD received the 2009 Fryderyk Award nomination. In 2010 they recorded Karol Szymanowski’s, Dmitri Shostakovich’s and Marcin Markiewicz’s quartets for Lutosławski Quartet’s debut solo album. The ensemble records a CD featuring pieces for a quartet and bassoon with Katarzyna Zybel – a prize-winner of numerous international competitions, also the ensemble records the complete of string quartets by Grażyna Bacewicz for the Naxos label.

About us03
International Tours
The Lutosławski Quartet performs contemporary music as well as recently commissioned pieces, and focuses on popularizing Polish music, including works by Lutosławski, Bacewicz, Szymanowski, and also compositions by one of the group members – Marcin Markowicz. An ensemble made up of versatile and open-minded artists, they blend the contemporary repertoire with the gems of classical, Romantic and jazz music. Their future plans include further recording projects that promote Polish music.The quartet works as one of the resident ensembles at the National Forum of Music. 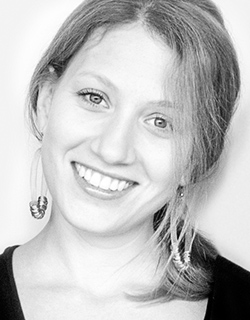