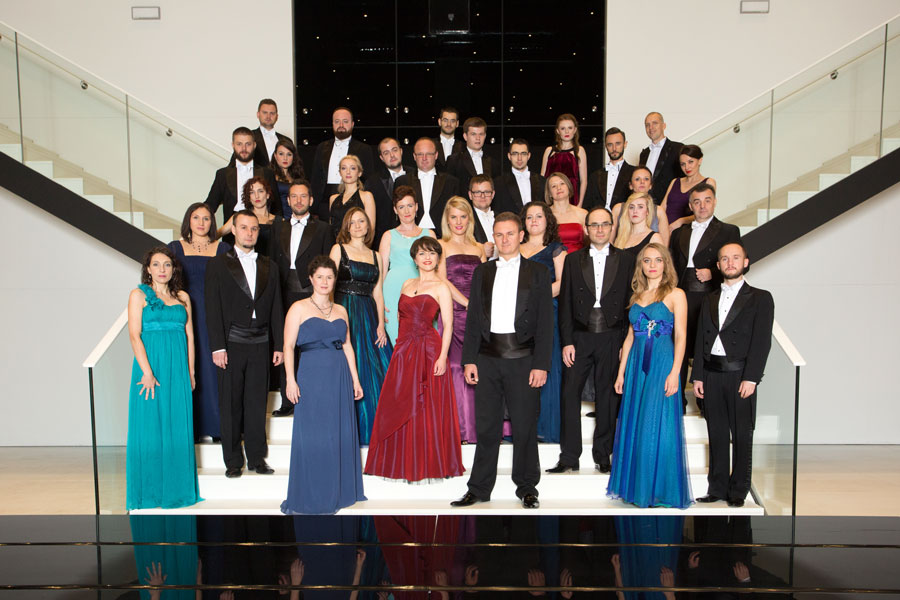 There is another side – or face – to Giovanni Antonini, primarily known for his baroque music creations with Il Giardino Harmonico: the face of Ludwig van Beethoven. For the past ten years, along with the Basel Chamber Orchestra (last season Antonini became its first guest conductor), he has pursued to record complete Beethoven symphonies. The task is nearing completion: the first eight symphonies are already recorded, the crowning of the cycle will be the Ninth.
It is as simple as that: someone says Symphony No. 9  and you immediately hear the main theme of “Ode to Joy”. There are many famous “number nine” compositions – take Dvořák, Mahler or Bruckner. Yet the first one that typically comes to our mind is the one written by the last Wienner Klassik: a piece fascinating from the first moments, witnessing the birth of a musical universe, where the main theme emerges from chaos. The first three parts, each and every one brilliant, are merely a promise of what is to come: a climactic cantata composed to a text by Friedrich Schiller in 1824. The famous bass aria theme, advancing in equal quarter notes here and there diversified with longer notes, was of particular significance to the composer. As well as the theme of Symphony No. 3, also this one occurs in the works of Beethoven from different periods, wandering throughout his legacy. The first version came to light already in 1795 in the song Seufzer eines Ungeliebten / Gegenliebe (WoO 118). Another development comes from 1809 (Fantasia in C minor, Op. 80 for piano, choir and orchestra), but perfection is achieved only in the Ninth Symphony.
“Ode to Freedom” – as the poet wanted – was not liked by the censors:  absolute rulers fear nothing but freedom. However, it was possible to print out the ode after replacing “freedom” with “joy”: joy of the subjects, of course, the ultimate goal of all absolute rulers.
Formally, the cantata is a series of variations of diverse sound, pace and character. Therefore, we will hear the NFM choir and an excellent selection of soloists: Christiane Oelze, soprano, renowned for her creations in the German oratorio and cantata repertoire; Marianna Pizzolato, Italian alt who proved an excellent performer of the Italian religious repertoire; Steve Davislim whose achievements  already include a recording of the Ninth with the Tonhalle-Orchester Zürich; Thomas Bauer, distinguished for his great work with the music of Bach.
Cantata and the entire Symphony No. 9  are crowned with a great double-themed fugue, the apotheosis of happiness of Humanity, endowed with graces of Joy-Freedom, the Daughter of Champs-Elysees. Fugue is the Law. The form of a fugue, regardless of the historical period, traditionally accompanies Creed. The last symphony work by Beethoven is therefore a manifestation of his genuine optimism. Faith in the brotherhood of all men is an idea we are not willing to give up lightly. You might find it worth noting that it is precisely the verse: “Alle Menschen werden Brüder” – “All men will become brothers” – that the composer added to Schiller’s text.