Mozart's Sonatas for fortepiano and violin 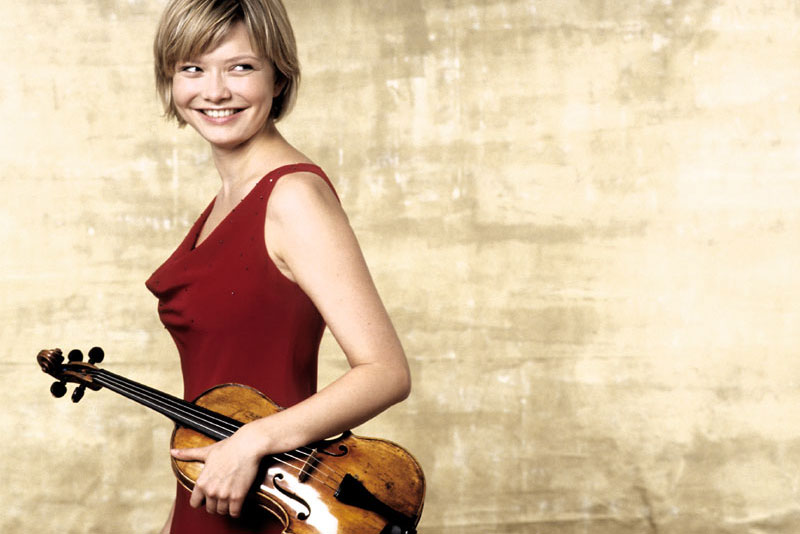 An often underrated aspect of instrumental music is that its best works were written by the best virtuosos of a given instrument. Indeed, the greatest piano pieces are those composed by Beethoven, Chopin, Schumann, Liszt. Charming violin music are works of Corelli, Vivaldi, Wieniawski, Ysaÿe. Following this train of thought, ideal examples of chamber music should be sought among the works of multi-instrumentalists. If you seek to hear perfectly composed sonatas for fortepiano and violin, reach for the works of Wolfgang Amadeus Mozart, a violinist as great as pianist, with extensive knowledge of the capabilities of both instruments that allowed him to create a new genre.
In the days of the baroque, sonata for violin and basso continuo required only the cello, though often a third, chord, instrument was used, too. Sonatas for violin and harpsichord obbligato by Johann Sebastian Bach were an admirable exception. In the next era, the violin were demoted to accompaniment, duplicating the melody of the right hand of the pianist to grant greater lyricism to the sound. With or without the violin, sonata contained the same musical material. With the appearance of cello doubling the left hand, we received an early form of the piano trio. Young Mozart himself composed in this manner.
Fortunately, his creative soul never liked mirroring melody parts and the restless spirit of the composer forced him continually to seek new solutions. This led to the creation of chamber sonata for fortepiano and violin, with parts of equal importance. Instruments engage in a conversation, exchanging musical material, interacting with each other. This can be witnessed already in the six first opus sonatas composed in 1778 in Paris, of which we will hear two (KV 302 and KV 306), whereas the model for all subsequent works in this genre is Mozart’s last masterpiece for piano and violin, Sonata A -dur KV 526.
Excellent music requires great performers. Two young immigrants who settled in London – Afrikaner Kristian Bezuidenhout and Russian Alina Ibragimova – are one of the most interesting instrumentalists of our time. Bezuidenhout specializes in early piano, perfectly sensing not only the possibilities of its delicate keyboard, but also feeling the nuances of the classical style. Every note in his performance has meaning and sense. Ibragimova, in turn, has a wide repertoire ranging from baroque to contemporary music, but is mostly recognized for her performance of classical period works.
The meeting of these two artists, recognized for their skills in establishing contact with the audience, will surely result in a splendid artistic event. It should be an evening expected with impatience and remembered long after it is gone.