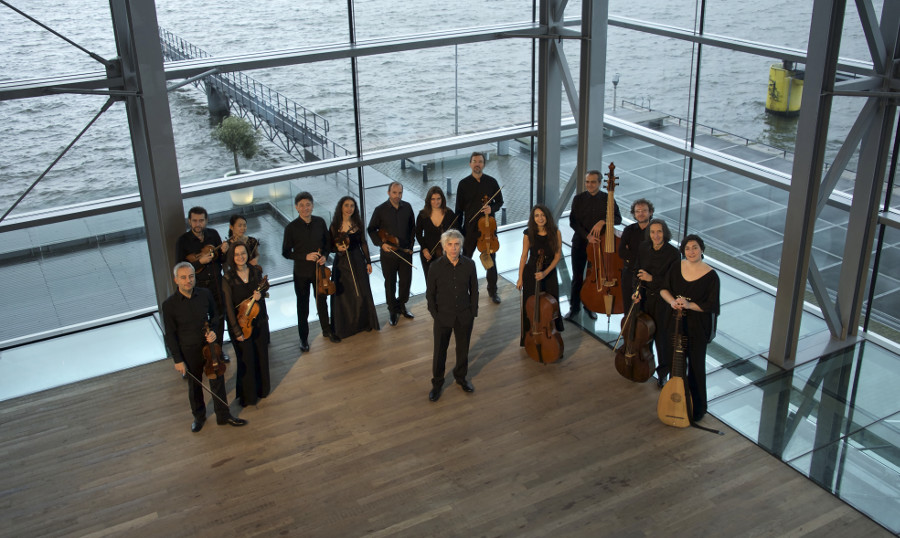 The Bach program of Il Giardino Armonico under the leadership of Giovanni Anotnini in a way counterweighs yet supplements the festival program of motets by Bach family. While Vox Luminis will focus on the ancestors of Johann Sebastian, Antonini will present the works of the Leipzig cantor and his sons Wilhelm Friedemann and Carl Philipp Emanuel.
Johann Sebastian Bach was clearly proud of his family – he would even work on its Genealogy. He carefully collected, copied and preserved the scores of his relatives, and at the same time perceived himself with great modesty, as a small link in the chain of generations. He did have high hopes for his sons, who in fact won their own place in the history of music, concert halls and hearts of listeners.
Wilhelm Friedemann, the oldest son of Johann Sebastian, was also the most original one. He refused  recognition granted by his family name and did not enjoy being compared to his father or brothers. The music he composed was unlike anything previously known. When he started working, baroque was still holding on firmly. Wilhelm Friedemann brushed against the empfindsamer Stil, co-authored the Sturm und Drang movement and died when the musical classicism was in full bloom. His music perfectly conveys this extraordinary time between baroque and classicism, abundant in numerous interesting events and phenomena.
This period is sometimes postulated to be called the era of Carl Philipp Emanuel. The composer lived a long life, which can be divided into two main chapters: Berlin and Hamburg. After many years of patient service as an artist at the court of Frederick II, Carl Philipp felt unfulfilled. Therefore, at the age of 54 – then considered rather elderly – he abandoned his courtly career to become director of music in Hamburg. He was literally reborn in the new place: his style changed dramatically. Outdated musical forms and genres favoured by the ruler – who had a good, yet somewhat backward sense of musical style – fell by the wayside, replaced by music corresponding to the taste of the new times.
Carl Philipp Emanuel inherited the job post in Hamburg after his godfather: Georg Philipp Telemann, who also gave him his middle name. Telemann composed in all styles and genres known in his time, which makes his oeuvre not so well studied (he left several dozen, and usually several hundred compositions in each genre).
An addition to the concert program are the works of Joseph Haydn: without the context provided by the works of the father of classicism, it would be difficult for us to understand the novelty of Bach music.