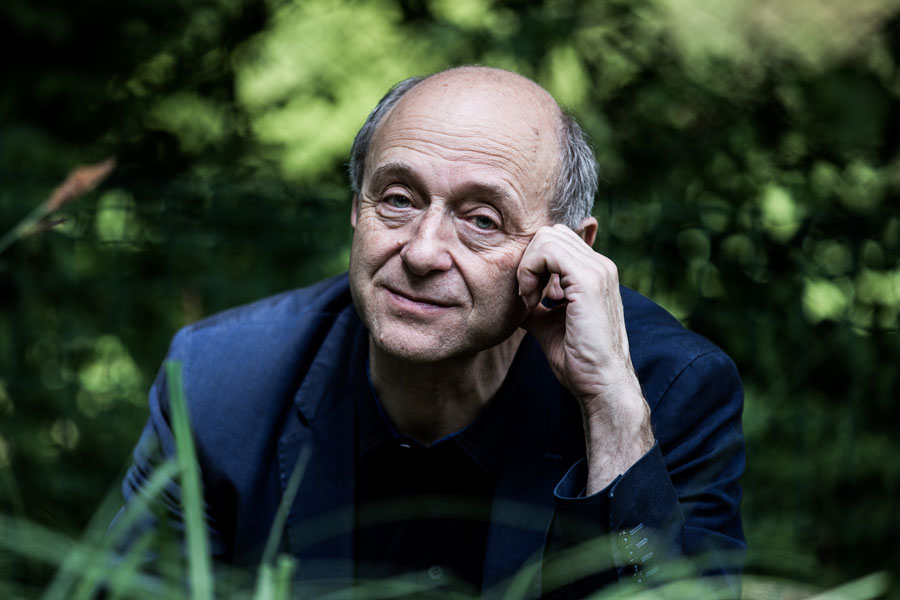 Béla Bartók composed Music for Strings, Percussion, and Celesta in 1936. Swiss conductor, Paul Sacher led the first performance in Basel on January 21, 1937. Sacher, a collector, composer, and billionaire philanthropist contributed considerably to the shaping of 20th-century music, commissioning works by remarkable composers including Richard Strauss, Hindemith, Stravinsky, Honegger, Martinů, and Tippett. When Bartók accepted Sacher’s request for a piece to celebrate the 10th anniversary of the Basle Chamber Orchestra, the composer said he was thinking of writing a work for strings and percussion.

Bartók's  passion for the asymmetrical, driving rhythms of folk music deeply affected his compositional style as did his great admiration for the polychromatic textures of the orchestral work of his contemporaries. Thus, creative variations in rhythm and texture come to fruition in Music for Strings, Percussion, and Celesta. A slow fugue is the basis for the first movement, however, unlike Bach, Bartók uses a chromatic motif and rejects the formal key structure by excluding a key signature from the score. The third movement, sometimes referred to as Bartók’s night music, is punctuated by inventive uses of percussion. Tympani and pizzicato strings open the final movement with folk rhythms and melodies interspersed between episodes of the original fugue motif.

Beyond the unusual instrumentation, the most captivating detail of the composition is Bartók’s  specifications for the distribution of the instruments on stage. The strings are divided into two equal groups, which mirror each other and operate as separate ensembles, often playing antiphonally. The other instruments fill the centre of the stage. In front of the conductor and slightly to the left is the piano, with the celesta beyond. On the conductor’s centre-right, mirroring the keyboard group are the harp, xylophone, and additional percussion. At a time before the invention of stereophonic sound, Music for Strings, Percussion, and Celesta reignited a fascination with spatially separated musicians. This technique was extorted by American radio orchestras in the early 1950s when stereo speakers became available. At the time of its composition, however, the phenomena could only be experienced at a live performance.

Johann Sebastian Bach’s 'Brandenburg' Concertos were written between 1708-1721 for Christian Ludwig, the Margrave of Brandenburg and brother of King Friedrich Wilhelm I of Prussia. Bach composed them while he was Kapellmeister in the small town of Cöthen, the composer gave them the unofficial title of ‘Six concertos for several instruments’. The variety of instrumental combinations they employ set them apart from any other collection of 18th century concertos and they were the first written in a style in which the musicians play both leading and supporting roles in a constantly changing pattern of give and take.

Johannes Brahms began composing his Third Symphony in 1882 and completed it at Wiesbaden the following summer. It was premiered on December 2, 1883, with Hans Richter leading the Vienna Philharmonic. Unlike Haydn, Mozart, Beethoven, Mendelssohn, and Schumann who had barely left school when they launched their symphonic careers, Brahms premiered his First Symphony at the age of forty-two and was already 50 when he wrote his Third Symphony. Although, Brahms had been barely out of his teens when Robert Schumann introduced him in the pages of Europe’s most influential music journal, the Neue Zeitschrift für Musik, as “the one . . . chosen to express the most exalted spirit of the times in an ideal manner, one who [sprang] fully armed from the head of Jove. . . . [A] youth at whose cradle the graces and heroes of old stood guard.” Overnight, Brahms encountered the pleasure of fame and the anxiety of high expectations. “You have no idea what it’s like to hear the footsteps of a giant like that behind you,” Brahms said, the giant being Beethoven. However, as a result, Brahms was the first composer to develop successfully Beethoven’s laborious kind of symphonic thinking.

The dramatic aspects of the Third Symphony, the shortest of the four Brahms composed, are intensified by the compactness of the work. Hans Richter called this F major symphony Brahms’s Eroica. There certainly is something Beethovenesque about the piece, although the parallel with the monumental Eroica is puzzling, aside from the opening tempo, and the fact that they are both third symphonies. For all its loveliness, Brahms’s Third Symphony grip our attention as Beethoven often does, yet the quality of his material and the logic of its development surpasses the standard he set for himself. All four movements end quietly and some of the works most powerful moments are so restrained that the tension is nearly unbearable. Both the second and third movements hold back as much as they reveal. The Andante, wrote Robert Dearling, “considers the meaning of life and, more than once, seems to dwell in suspended animation while pondering great truths.” The weight of the finale is dramatic, forceful, and brilliantly designed. Donald Tovey wrote in his famous essay on this symphony, “It needs either a close analysis or none at all.”