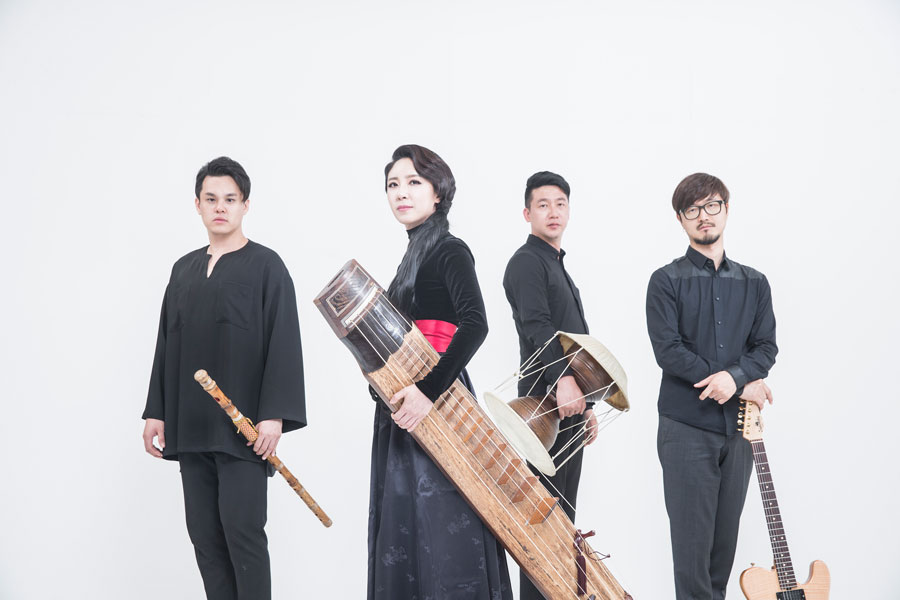 Black String aims to find a new sound that can internalize a variety of musical expressions within traditional music while harmonizing with expressions found in world music. This new sound will be reinterpreted by artists who embrace traditional music as well as jazz, and reflect on composed and improvised creations. The product especially attempts to create a unique language through Asian intuition and improvisation as an important aspect of traditional Korean music and its musical language. The music of Black String, based on Korean musical traditions, offers a fresh, new sound to audiences, as well as an experience that broadens the appreciation of the world music audiences by presenting an “ancient” tradition within a modern setting.

The leader of Black String, Yoon Jeong Heo, is especially interested in expanding the possibilities of the Geomun-go and the bringing together of different genres ranging from traditional Korean music to contemporary music and virtuosic improvisation. Furthermore, she is a founder and leader of the world music project band the “Tori Ensemble” which appeared at the 2010 PAMS Showcase and was invited to the 2010 WOMEX (opening concert), 2011 WOMAD UK, 2012 WOMAD AU, and 2012 WOMAD NZ. Black String is a derivative of the “Tori Ensemble” in many regards.