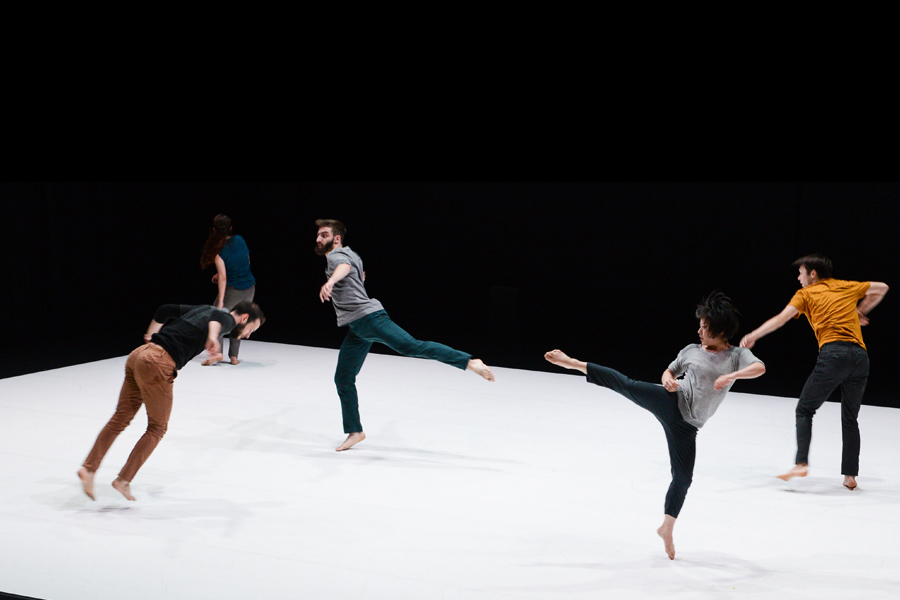 As he did in both No play hero (2012) and loom (2014), in Ply Yuval Pick continues  his exploration of  movement to contemporary American music: he strips down its many layers, deconstructing   them in order to re-deploy their essential structures.

Having distilled this process down to a sort of pure choreographic “marrow,” he now begins classifying movement according to new configurations, moving them in mirror patterns, transferring them from one dancer to another, reversing their directions, and exposing them to continual variation, which are executed in different rhythms or from different points of view.

loom was a duo organised according to two principal polar ties: breathing in and out and giving and receiving. These movements originating at the centre of the body, are – in Ply – prolonged to thevery edges of the kinesphere (the space around the body that is reachable with fully extended arms or legs). The exchange between two individuals opens out into a wider space, with more complex movements,  expanding to include five dancers.

Download
Tickets:
Bilety na to wydarzenie nie podlegają zwrotowi. / Tickets for this event are not refundable.
Sold Out