The project is part of Poland regaining its independence centenary celebrations 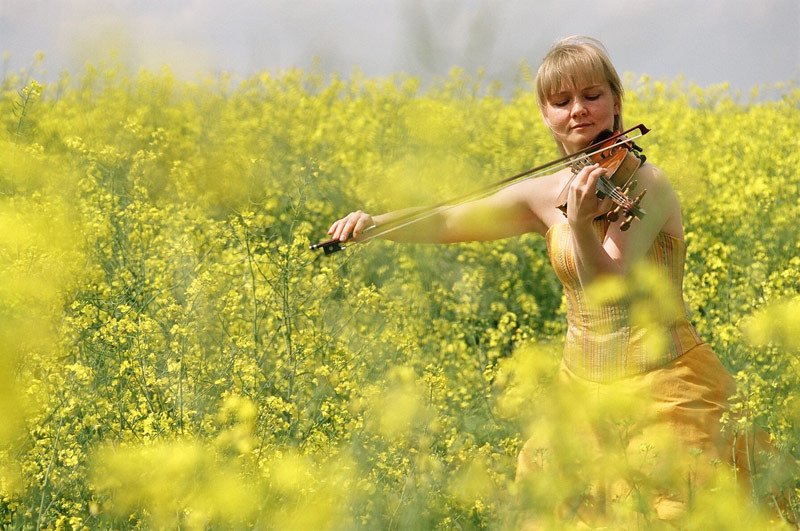 Aleksandra Szwejkowska-Belica, born in Częstochowa, began playing the violin at the State High School of Music in Częstochowa under Elżbieta Urbańska. She continued her education under Bartosz Bryła at the Poznań Academy of Music. I. J. Paderewski and completed her post-graduate studies at the Higher School of Music in Mannheim, Germany, with Wanda Wiłkomirska. Ms Szwejkowska-Belica held scholarships from the Minister of Culture and Art and the Mayor of the City of Częstochowa as well as the German foundation Deutscher Akademischer Austauschdienst. She released the albums Colors of the evening in 1996 and Polish Caprice in 2006.

Cezary Sanecki graduated from the State Music School, in Częstochowa, in the piano class of Wanda Plazy. He then studied piano at the State Higher School of Music, in Łódź, under Tadeusz Chmielewski and chamber music under Bronisław Hajna, Rajmund Ambroziak and Anita Krochmalska. Sanecki began teaching in 1985, while still studying, he led the piano class at the State Music School Stanisław Moniuszko in Łódź. In 1987 he began working as an assistant in the Department of Chamber Music at the Academy of Music in Łódź with Bronisław Hajna. Starting in 1992, he began to lead the piano class at the Music Schools Complex in Częstochowa, where he served as the Head of the Piano Department. From October 1999, he worked as a member of the Council of the Department of Piano, Organ, Harpsichord and Early Instruments and was a member of the Senate of the Music Academy. In the years 2008 thru 2012, he served as the Dean of the Faculty of Piano, Organ, Harpsichord and Early Instruments. In 2012, he was elected Rector of the Academy of Music in Łódź for the period from September 1, 2012, to August 31, 2016. Mr Sanecki has received the Bronze Cross of Merit and the Pro Publico Bono Medal for his artistic and pedagogical activities.

Undoubtedly the leading Polish composer between Chopin and Lutosławski, Karol Szymanowski drew inspiration from a wide range of influences, which he later merged with his explorations of folk music from his native Poland. Together with writers and visual artists, Szymanowski was part of the Young Poland movement, which offended the conservative establishment. A 1907 commentary read the Young Poland composers were, “possessed by some evil spirit that deprived their work and stripped it of personal and national characteristics.” Szymanowski expressed his attitude toward “national characteristics” asserting, “Let our music be national in its Polish characteristics but not falter in striving to attain universality. Let it be national, but not provincial.”

All the birds pay tribute to me

for today I wed a goddess.

And now we stand by the lake in crimson blossom

in flowing tears of joy, with rapture and fear,