Anthracite Fields | Bang on a Can All-Stars 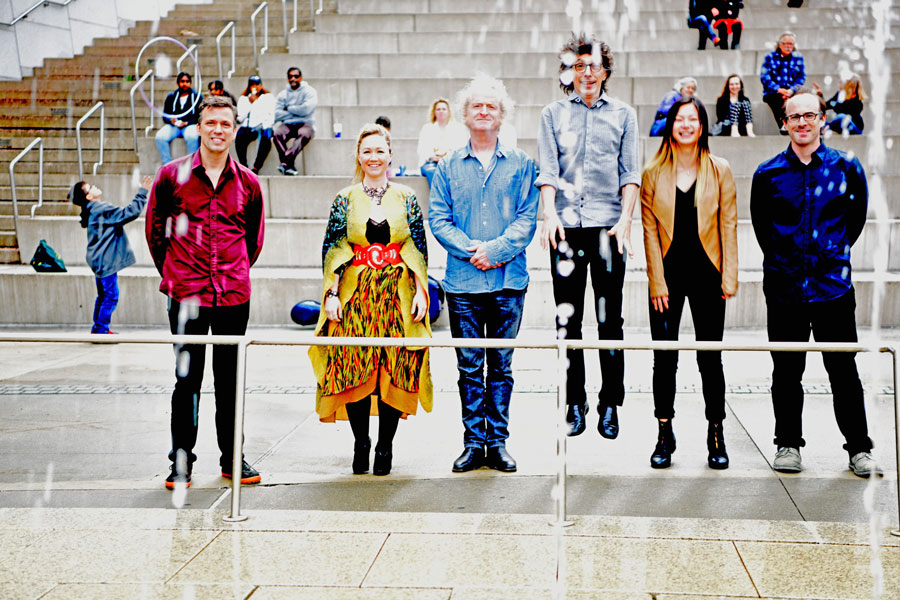 Bang on a Can All-Stars / fot. Lisa Bauso

The Bang on a Can All-Stars, founded in 1992, is an ensemble which freely crosses the boundaries between classical, jazz, rock, world and experimental music. The ensemble, consisting of six amplified members, has forged a distinct identity, taking music into uncharted territories. With an immense repertoire of works written specifically for the ensembles’ instrumentation and performance style, the All-Stars have become champions of New Music. The All-Stars have collaborated with artists and composers ranging from Steve Reich and Ornette Coleman to Kyaw Kyaw Naing and  Tan Dun. The group’s projects include their recordings of Brian Eno’s ambient classic Music for Airports and Terry Riley’s In C. The All-Stars record on Cantaloupe Music and have released recordings on Sony, Universal and Nonesuch. Additionally, the ensemble was awarded Musical America’s Ensemble of the Year and have been heralded as “the country’s most important vehicle for contemporary music” by the San Francisco Chronicle.

Julia Wolfe’s compositions are renowned for their intense physicality and a relentless power that pushes performers to extremes. She has written a number of works for strings, including quartets and full orchestra pieces. Her Pulitzer Prize-winning work, Anthracite Fields is a concert-length oratorio for chorus and instruments drawing inspiration from the folk, classical, and rock genres as well as oral histories, interviews and speeches, to honour the people who have persevered in the Pennsylvania Anthracite Coal Region. Mark Swed of the Los Angeles Times wrote that Anthracite Fields “captures not only the sadness of hard lives lost… but also of the sweetness and passion of a way of daily life now also lost. The music compels without overstatement.” Ms Wolfe was a 2016 MacArthur Fellow and a recipient of the 2015 Herb Alpert Award in Music. She is co-founder and co-artistic director of New York’s legendary music collective Bang on a Can, and she is artistic director of the Music Composition Program at NYU Steinhardt. Her music is published by Red Poppy Music and is distributed worldwide by G. Schirmer, Inc.