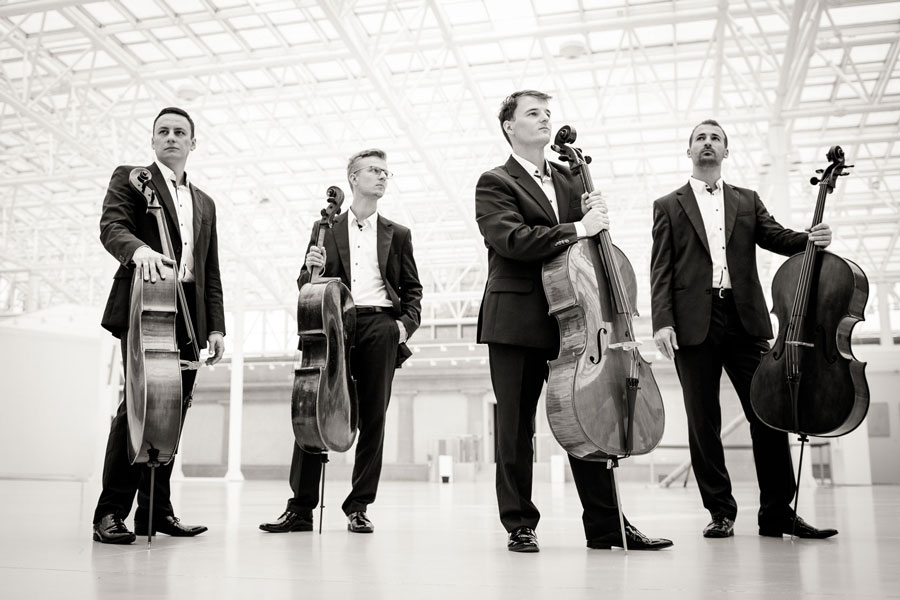 The Quartet will present four compositions by Belgian artists from the first half of the 20th century. Jean Absil, was a composer, organist and lecturer at the Brussels Conservatoire. He was inspired by the innovative compositional language of the music of the great masters of late Romanticism, Richard Wagner and Richard Strauss. However, after a trip to Paris in 1934, he began to adopt the use of polyphony and polymodal structures, similar to the works of Milhaud and Schoenberg. Marinus de Jong was a pianist and composer merely two years older than Absil. He studied at the Royal Conservatoire of Antwerp. The composer left behind 190 works in which he referenced early music styles, including the tradition of Gregorian chant, which he harmonised with a 20th-century chordal repertory. His later works also reveal a neo-impressionist style with polytonal counterpoint. Raymond Chevreuille was largely a self-taught musician, though he did take a course in harmony at the Brussels Conservatoire. Between, 1936 and 1959, he worked as a sound engineer at the Belgian Radio. He was strongly inspired by the works of Stravinsky, Strauss and Berg, and his style embodies elements of French Impressionism often verging on polytonal syncretism. Raymond Moulaert also studied at the Brussels Conservatoire from 1890 to 1898 and later combined his career as a composer with pedagogical activities there, where he taught harmony, for organ and counterpoint. His writing style oscillates between Impressionism and the increasingly bold sounds characteristic of 20th-century music.