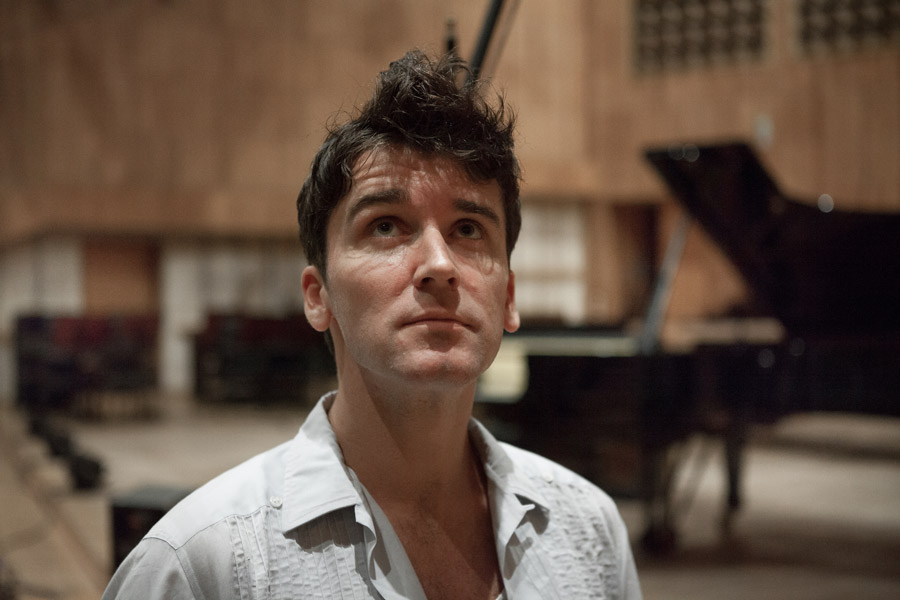 Marcin Markowicz studied with Christiane Edinger in Lübeck, Roman Lasocki and Krzysztof Jakowicz in Warsaw, and Roman Totenberg in Boston. He serves as concertmaster of the NFM Wrocław Philharmonic and is the second violinist of the Lutosławski Quartet. Since 2005, he has been the Artistic Director of the Ensemble International Chamber Music Festival. Markowicz also performs as guest concertmaster of the Beethoven Academy Orchestra in Kraków and has been a lecturer at the Academy of Music in Katowice, since 2013.

As a composer, Mr Markowicz received a distinction from the A. Panufnik Composers' Competition, in Krakow,  in 1999.  His works have been performed at festivals in Europe, the Middle East and Asia. His String Quartet No. 3 was premiered by the Silesian String Quartet in 2009. His song I am truly telling you... for voice, actor and string quartet was commissioned by the International Wratislavia Cantans Festival, in 2012. He has also composed music for the theatre and for the films 13 August '44 by M. Bramy and Wrzątek by A. Casianova.

Marcin Masecki joined the band Alchemik, led by saxophonist Grzegorz Piotrowski, while he was still in secondary school. The band won the main prize at the Jazz Hoeilaart festival in Brussels in 1998. Simultaneously, Masecki cooperated with the group Oxen and Andrzej Jagodziński with whom he recorded an album entitled Tribute to Marek&Wacek. In 2000, Masecki received a scholarship at the Berklee College of Music in Boston, but he returned to Poland in 2002 to gig in Warsaw with his projects concentrated around the Lado ABC record label. Mr Masecki went on to receive first prize and a gold medal at the International Jazz Piano Competition in Moscow in 2005. In the next few years, he collaborated with Zbigniew Wegehaupt and released a solo album, BOB, in 2009. Later in the year, he introduced his 9 member ensemble called JazzBandBigBand and a year later the jazz sextet Profesjonalizm. In 2012, he recorded Bach’s fugues and in 2013 he released three albums, one devoted to polonaises, the second the music of Scarlatti and last devoted once again to Bach.

Johann Sebastian Bach was born on March 31, 1685, in Eisenach, Thuringia, Germany.  At the age of ten, he was orphaned after the death of both of his parents and sent to live with his older brother Johann Christoph, a church organist in Ohrdruf. Young Bach had a beautiful singing voice and it helped him to access a place at school in Lüneburg. There he was greatly influenced by the local organist, George Böhm. In 1703, he secured his first job as a musician at the court of Duke Johann Ernst in Weimar.

Bach’s reputation as a performer spread and his technical skill led to his selection as the organist at the New Church in Arnstadt. However, in 1707, Bach was glad to leave Arnstadt for an organist position in Mühlhausen. After a year at the Church of St. Blaise in Mühlhausen, Bach was then appointed organist at the court of Duke Wilhelm Ernst in Weimar. In 1717, Bach accepted another position with Prince Leopold of Anhalt-Cöthen. While at Cöthen, he devoted much of his time to instrumental music. Yet, he had to turn his attention to finding work when the prince dissolved his orchestra in 1723.

It was at that point that Bach signed a contract to become the new organist and teacher at St. Thomas Church, in Leipzig. Bach's six Sonatas BWV 1014-19 are the earliest duo sonatas, written originally for violin and harpsichord, where both instruments are of fully equal importance. The first five follow the baroque model in four movements, however the sixth combines elements of the sonata and the suite. The earliest manuscript source dates from around 1725, two years after Bach moved to Leipzig.