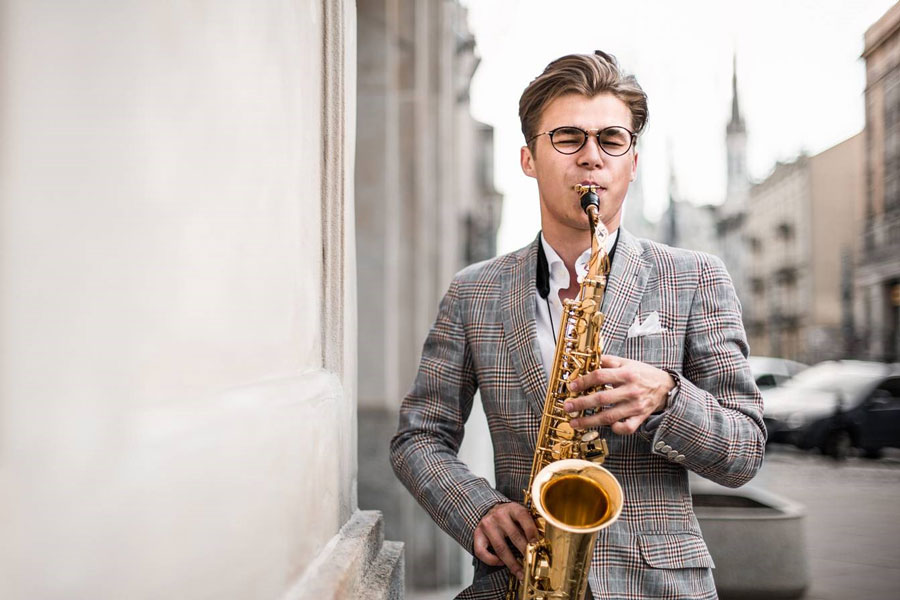 “A land without music.” So wrote the German critic and musicologist Oscar Schmitz about Britain upon his return home about a century ago. Of course, by “music” he haughtily meant Classical Music. The Folk Music of the British Isles, although not Internationally respected at the time has long been recognized as among the richest on earth and It’s modern-day incarnation, Popular Music, has been a force lead by Britain (arguably) since the Beatles burst upon the scene in the early 1960’s.

The three imposing giants of 16th and 17th Century English Classical Music, Tallis, Byrd and Purcell were obviously a source of great discouragement for generations of future English composers and the death of Henry Purcell in 1695 marked the beginning of a 200 year-long drought of quality Classical Music composition in England.. It reminds me of what happened to great violin making in Italy after the death of the genius, Stradivarius in 1737. A creative impotence was the result of what I imagine to have been a mass crisis of self-confidence among the world’s violin makers. This scenario could have also played out in Germany and Austria in the 18th century following the death of Mozart if it weren’t for a particularity courageous and rather mad figure who had come up with something completely new, captivating and convincing. If it wasn’t for Ludwig van Beethoven, Classical Music in Central Europe may have “died” as well!
Happily, rumors of the death of British Classical Music were greatly exaggerated. Of course, art doesn’t ever really die. Evidence of its immortality is everywhere you look and even after centuries-long slumbers, art inevitably reawakens. Classical Music in England started it’s reawakening at about the time Herr Schmidt wrote his damning words. (Great violin making, for inexplicable reasons had to wait until very recent years for its reawakening). The mystery of how this kind of thing actually happens fascinates me personally. What handsome prince gives the magic kiss to awaken these “sleeping beauties.”?

For whatever the reasons, Classical Music in Britain is now alive and well. Remarkably, British musicians and music lovers continue to be irritated by Herr Schmitz and driven to prove him wrong. I am personally very happy to have played a part in this process primarily through my three-decades-long relationship with the Scottish Chamber Orchestra and through my work at the Royal Conservatoire of Scotland. Though I remain an American citizen, I consider Glasgow to be my adopted home. My love for British music life is visceral and I experience that typically British burst of defiant energy whenever I think of Herr Schmitz. Even the infamous mop-headed Brexiteer MP, Boris Johnson, music lover that he is, is upset. He wrote the following in the Telegraph newspaper in 2006: “...a German critic called Oscar Adolf Hermann Schmitz composed a dithyramb of abuse of the English cultural scene, just over 100 years ago, he included a jibe from which we have never really recovered. It stung. It made us blink like puppies suddenly kicked, and until now we have never had the nerve to fire back at Schmitz — because we have a terrible feeling that he may have been on to something. England, he said, is Das Land Ohne Musik.”

James MacMillan (Born 1959), is a colleague and friend of mine who’s music I’ve regularly performed and premiered over the last twenty years, mostly with the Scottish Chamber Orchestra. The beauty and quality of his music has been central to putting Scotland on the International map of great Classical Music countries. James is accomplishing, for Scotland today what Sibelius did for Finland a century ago. Like MacMillan’s relationship with Scottish folk-music, all the composers represented on this concert looked to the music of the past not only for inspiration but out of a desire to reconnect to earlier eras. Even when Frank Bridge (1879-1941) wrote his Meditation in 1912, his modal was Brahms. The others looked further back than that. Sir Michael Tippet, (1905-1998) in his “Fantasia on a theme by Corelli” (1953) shows his  enthusiasm and love for the Italian Baroque. But the greatest effort to reconnect with the past, to repair the severed thread, to attempt to bridge the 200 year-long void in British Classical music was made by Benjamin Britten (1913-1976) who’s utter devotion to Henry Purcell is omnipresent. I hear Purcell in every note of Britten’s music and his “Variations on a theme by Frank Bridge”(1937) is no exception. This masterpiece is also, obviously a tribute to his beloved teacher, Frank Bridge.

Undoubtedly, all these composers are deeply indebted to the two greats who came just before them, Elgar and Vaughan Williams. But there were so many others who played transformative roles in the British musical reawakening like Sir Henry Wood, Sir Charles Groves, the Polish ex-patriate Andrzej Panufnik. They and others like them made the current short-list of Internationally recognized and widely respected contemporary British composers possible. And what a crowded and impressive list it has become: Birtwistle, Adès, Turnage, Tavener, Knussen, MacMillan, to name just a few! British lovers of Classical Music have succeeded in just the last century to emphatically prove Herr Schmitz wrong and make the United Kingdom into one of the truly great Classical Music countries of the world!
I think we can now finally admit that it was indeed Schmitz who delivered that magic kiss of reawakening. His provocation and irritation has resulted in more musical pearls than anyone could have hoped for from the humble British oyster.