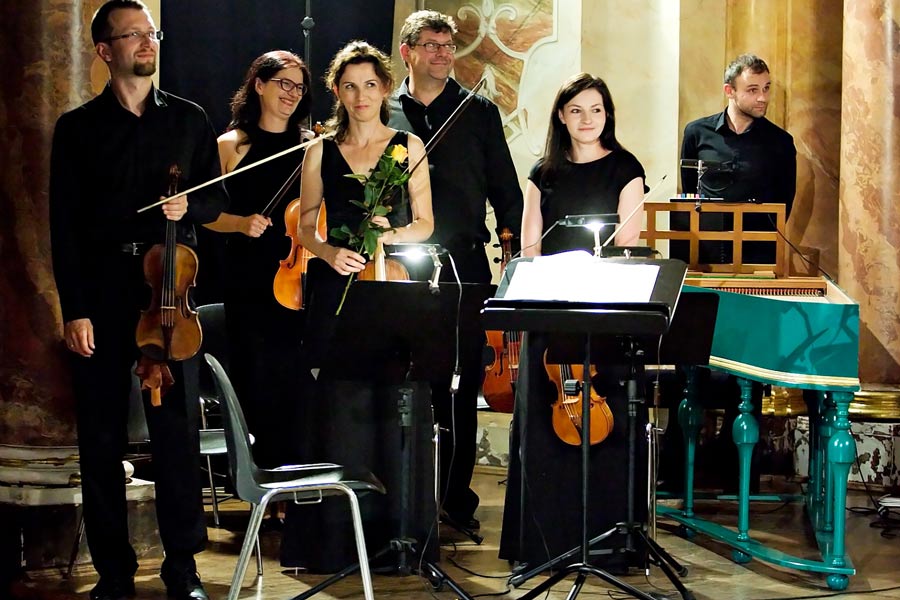 The 1990s brought an unprecedented boom in interest in early music and related historical performance. This trend quickly penetrated the Polish musical field, triggering a series of new performances of works by local masters of the Renaissance and Baroque periods. It also gave the impulse to study and try to document previously unknown monuments of Polish music.

Years of research have shown an extremely rich musical life of the former Polish-Lithuanian Commonwealth. From the darkness of the archives wonderful works of both authors already known and those so far forgotten have been extracted. An extremely interesting composer, whose work awaited discovery, is Andrzej Siewiński, who lived at the turn of the 17th and 18th centuries (died in 1726), most probably a member of the then-existing Jesuit ensemble in Krakow. His works have been preserved in the form of manuscripts of vocal and orchestral voices in the Diocesan Library in Sandomierz. A concertante technique was used in them, which is why they are a valuable testimony to the splendour of the early Polish music.