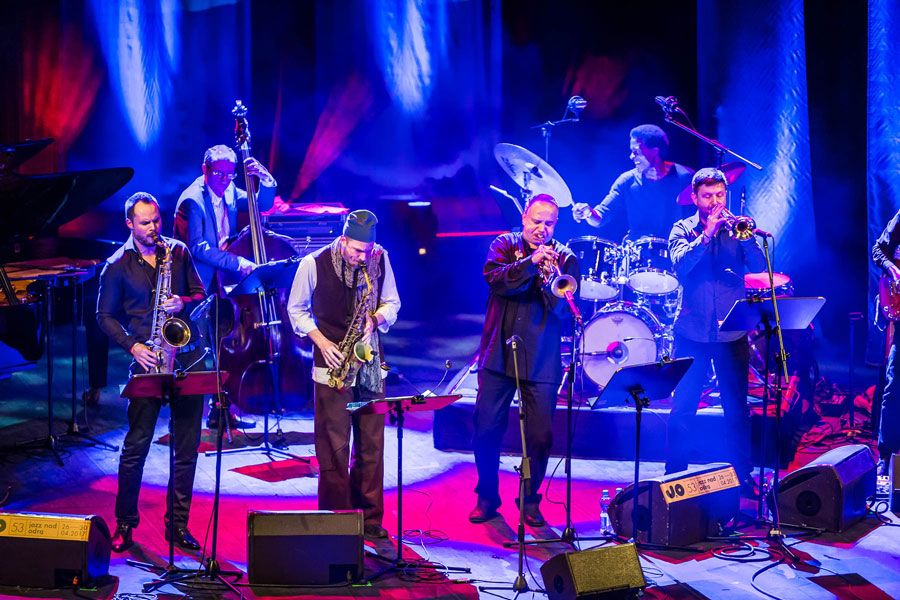 Tribute to Akwarium is a jazz suite composed in 2016 by one of the greatest Polish jazzmen – Piotr Wojtasik. It is a musical tribute to the first jazz club in Warsaw, the Akwarium club recognized in Europe and the world, operating from the 1970s to the year 2000. Piotr Wojtasik invited outstanding musicians from Poland and abroad, as well as talented representatives of the young generation. Tribute to Akwarium is a suite in five movements, stylistically close to the modern neo-bop with distinct influences of ethnic and free music. The whole is characterized by intense expression and freedom of performance while maintaining the compositional arrangement of the work.

Tribute to Akwarium was created with the financial support of the company "Lange Łukaszuk", the Union of Performers STOART and the Association of Authors ZAiKS.

Piotr Wojtasik is one of the most important musicians on the Polish jazz scene. Trumpet virtuoso, genius improviser and composer, he speaks his own, unique, musical language. He is a recognized teacher and conducts numerous workshops. His awards include, among others, Fryderyk, Jazz Oscar and Mateusz Trójki. He has recorded and performed, among others, with such jazz stars as: Kenny Garrett, Billy Harper, Gary Bartz, Dave Liebman, Victor Lewis, Daniel Humair, Joachim Kuhn and Michel Donato, and collaborated on the Polish market, among others with Jan "Ptaszyn" Wróblewski, Henryk Miśkiewicz, Andrzej Jagodziński, Maciej Sikała, Lora Szafran, Leszek Możdżer, and Piotr Baron. He made his debut 30 years ago at the Jazz Jamboree festival in 1988 with the New Presentation band, with which he also recorded his first album.