Sud, sud – A Musical Journey from Rome Beyond the Mediterranean Sea 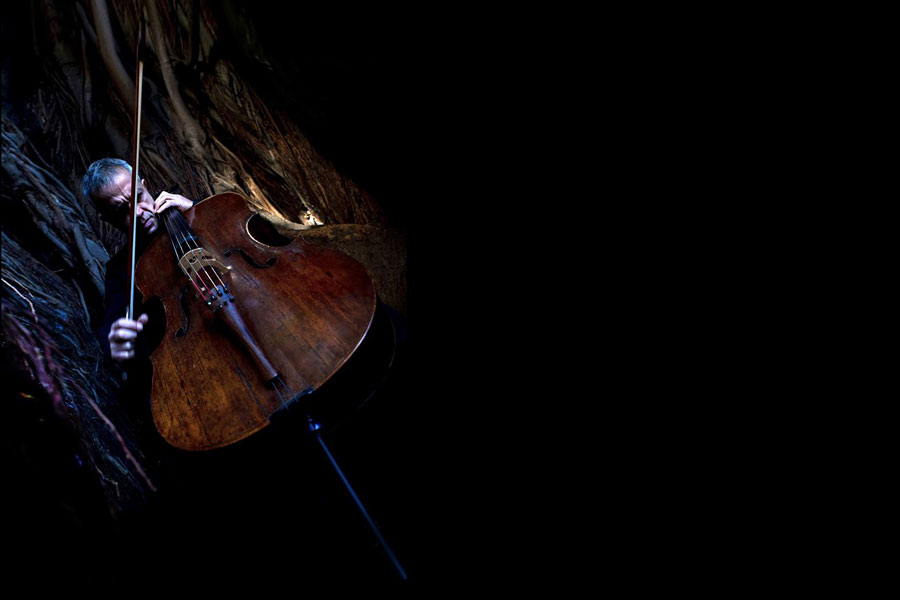 The audience of previous concerts of Giovanni Sollima at the Wratislavia Cantans festival certainly remembers the Sicilian cellist, who seems to be playing with every cell of his body. Listeners think that this volcano of energy will break the cello, that the musician and his instrument will explode. The Italian virtuoso-composer, called a ‘total artist’ by Director Kosendiak, returns to the Wratislavia Cantans festival to trace the connections between the music of southern Europe and Africa.

We will start our musical journey in time and space from the Baroque era, represented by Giovanni Battista Costanzi (the author of cello sonatas), Neapolitans Francesco Scipriani and Giulio de Ruvo, and Spaniard Bartolomé de Selma y Salaverde (bassoon master related to Wrocław). The only known collection of de Selma's compositions –Primo libro canzoni, fantasie et correnti ...–was dedicated to Carl Ferdinand Vasa, the Polish prince and bishop of Wrocław, and the only preserved copy of this publication is in Wrocław. De Ruvo is the author of tarantella, a legendary fast dance from the region of Naples, which was supposed to be a remedy for tarantula venom. According to a medieval treaty, the spider at the moment of the bite hummed a tune that the bitten person must hear later to recover. Faith in this method spread throughout the centuries.

There will also be contemporary pieces by musician and architect Iannis Xenakis, Eliodoro Sollima and Giovanni Sollima himself. Xenakis often referred to the mythology of his native Greece – apparently frustrated by the situation in his homeland, he preferred mythical imagery. Combining antiquity with avant-garde, Kottoswas inspired by the fate of the mythical giant, rejected and imprisoned by his father. Its history brings to mind the complex biography of Xenakis, shaped by 20th century political events. Giovanni Sollima’s father Eliodoro was not an avant-garde composer, which placed him somewhat outside the mainstream music of his time. Despite this, he received prestigious composition commissions, was a highly-regarded teacher and talented pianist. His sonata being played by his son Giovanni will surely be a heartrending moment. Giovanni will also play his own composition and his beloved folk tunes: the traditional Italian music from Salento, a picturesque region located on the ‘heel’ of the so-called Italian shoe, as well as Albanians living in the south of Italy. Their ancestors escaped five centuries ago from their homeland, attacked by the Ottomans, and sailed to Sicily, an island that was always multicultural, where one of the bishops gave them land to settle down. Today, after more than five hundred years, the Sicilian Albanians still retain their culture and speak ancient Albanian, a language from the time of their migration. During the concert, we will also listen to arrangements of Ngòmbì songs of the Pygmies, very little known in Europe.

The brilliant and unpredictable Sollima is equally authentic and endearing, regardless of whether he performs early, contemporary, folk or his own pop arrangements (as at previous Wrocław concerts). He deliberately puts together distant musical traditions because he can find a kinship in them and show them to listeners who come out of his concerts enchanted.