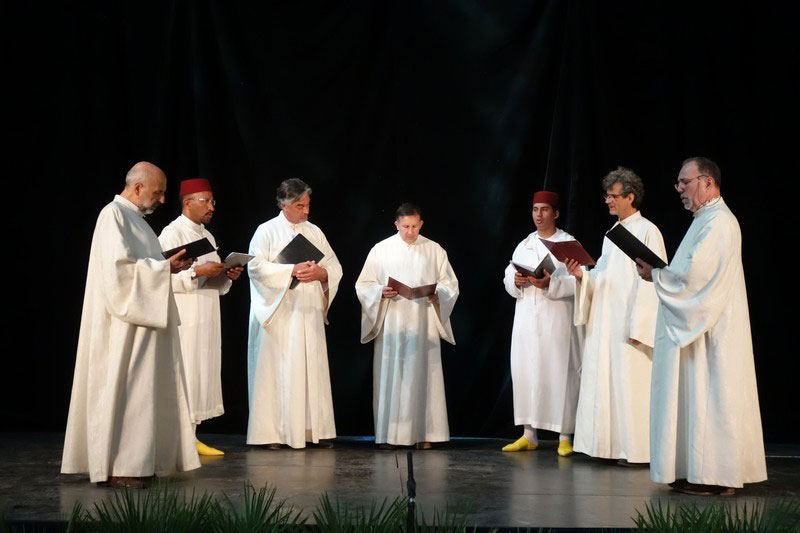 Even three hundred notes can be sung on a single syllable by a priest celebrating the liturgy in the Mozarabic rite. Rosh in melismatic ornaments, the mysterious music dating back to ancient times, takes listeners into a different spiritual dimension. The legacy of sacred singing from the Iberian Peninsula will be presented by Marcel Pérès – loved by the audience, not shying away from controversy, one of the most famous artists-researchers of ancient works – together with his excellent ensemble Organum and Moroccan singers from the Samaa tradition.

The Mozarabic chorale derives from the Visigoth rite present in the Church in Spain in the early Middle Ages. Interestingly, it assumed the use of Latin, while in Rome masses were still celebrated in Greek. The music making up this rite is older than Gregorian chant. In 711, the peoples of North Africa crossed the Strait of Gibraltar and gradually conquered a significant part of the Iberian Peninsula. The invaders allowed the Spaniards to remain Christians, but they had to pay an additional tax and could not occupy higher administrative positions. They were also forced to take over the customs and lifestyle of newcomers, which was why they were called musta'rab, which means ‘like the Arabs’. In this way, the term ‘Mozarabs’ was coined, used for Christians living among Muslims in the areas of Spain conquered by Islam. In the 11th century, Pope Gregory VII decided to unify the way of celebrating the Holy Mass throughout the Church, introducing the Roman Rite everywhere. However, for Mozarabs, their local liturgy was an important form of preserving Christian identity in a Muslim environment, which is why the Holy Father agreed that Mass in Mozarabic rite should be celebrated in Toledo. Archbishop Francisco Jiménez de Cisneros contributed to maintaining the tradition – it was to the 15th-century songbooks of the time of the metropolitan government that Pérès reached out preparing the programme for this concert. Originating from ancient times, the rite and its music survived to the present day, and in the 20th century the faithful lived to see, as part of the post-Conciliar renewal of the liturgy, the papal agreement to conduct the Mozarabic rite throughout Spain.

Beauty in simplicity, using recitatives in the priest's dialogue with the people and singing adorned with numerous and very complex melismas – these are the characteristics of the Mozarabic chorale. Researchers point to Mozarabic music and ritual elements probably originating from the first Christian communities. They also claim that this rite sheds light on the celebration of the liturgy in antiquity – in the days of Christians gathering in the catacombs and even the first communities baptised in Jerusalem.