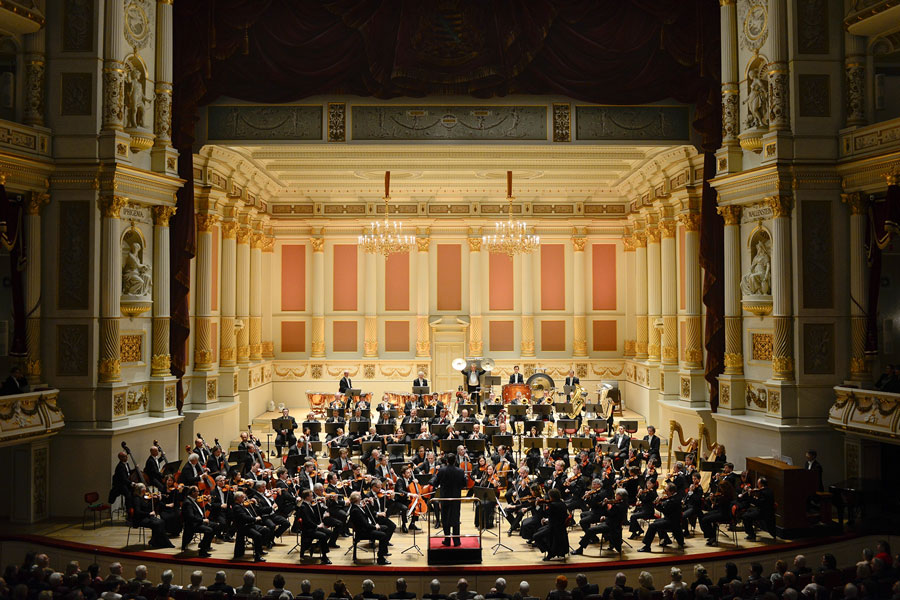 Staatskapelle Dresden returns to Wroclaw, and with them the living legend of the last half-century of international piano playing, Rudolf Buchbinder. That evening he will play/direct. We will hear two great piano pieces by Ludwig van Beethoven, the composer so important to the Austrian virtuoso. The proof of this is not only Buchbinder's impressive discography, but also his book Beethoven - living with a master.

Ludwig van Beethoven's piano concertos belong to the core repertoire today. The composer not only gained the title of an outstanding symphonist, he was also a great virtuoso. He wrote the Piano Concerto for himself as a performer. He was at the beginning of a musical career and focused primarily on winning a reputation of an outstanding pianist. It is said that this work is maintained in the style of Viennese music at the end of the 18th century – Classicism in the Haydn and Mozart style. A similar opinion has been expressed about other youthful works of Beethoven. George M. Marek, the composer's biographer, defines the First Concerto as ‘revolutionary’. In this work the individualism of its author clearly resounds. After all, the rebel that Beethoven was undoubtedly ‘does not have to be noisy’. And with the concerto, Beethoven began the fascinating development of his skills as a composer. At the end of this road, there is the Fifth Concerto called ‘Emperor’ – here Beethoven combines his achievements in the field of piano and symphonic music in a brilliant way.

Beethoven's piano pieces have had a special place in Rudolf Buchbinder's repertoire for years. His recordings of all sonatas by the last of the Viennese Classicists significantly influenced today's performance trends. In Buchbinder's artistic activity, Beethoven's name seems to give way only to the work of Mozart being the basis of his repertoire. Buchbinder's insight into the interpretation and performing consciousness is influenced not only by his talent and experience, but also by his hobby. Buchbinder collects historical scores - in his collections, of course, there are dozens of old editions of Beethoven's works. These include 39 complete editions of all piano sonatas penned by the Vienna master.