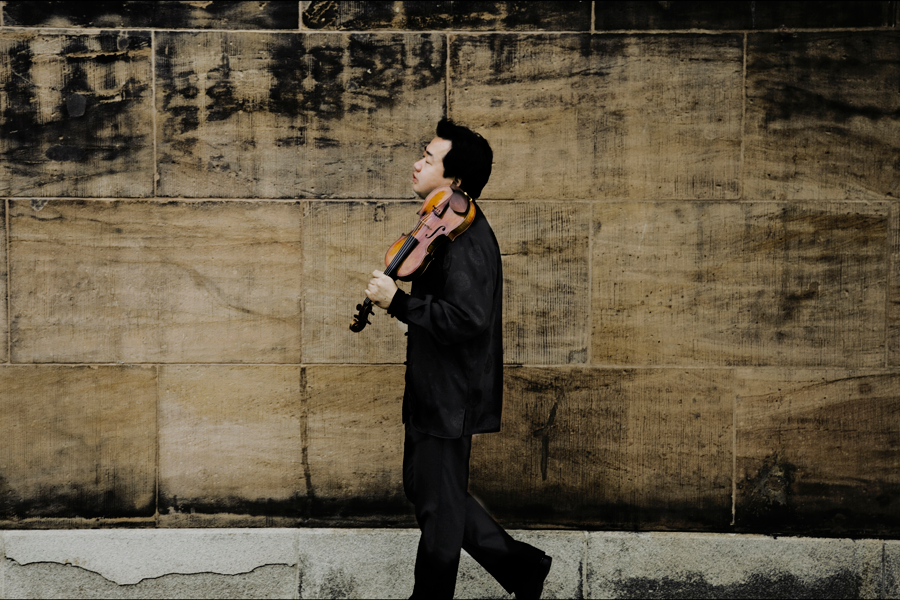 Although the leitmotif of the concert is contrasting traditions, the programme proves that canonical works of Western music can harmoniously combine with the works derived from a completely different culture.

This difference is represented by The Butterfly Lovers, a violin concerto being a joint work of two Chinese composers: Hen Zhanhao and Chen Gang. The work was created in 1959, when they were students of the Shanghai Conservatoire, but it gained popularity only in the 1970s, when the political situation in the China thawed. The composition is based on the Chinese legend of Zhu Yingtai and Liang Shanboa. Unable to be together in life, they connect with each other after death as a pair of butterflies. The work of Chinese composers is emotional and pleasing to the ear, and colourful orchestration brings to mind film music. The pentatonic scale, widely used here, associated with the music of the East, gives it an exotic colour, and  orchestra includes guban, a Chinese percussion instrument. The solo part places high demands on the performer. It is effective, but at the same time harmoniously combined with the orchestra's narrative.

Both the Egmont Overture, a part of incidental music written to a drama by Wolfgang Goethe, and Symphony No. 7 in A major are among the most popular compositions by Ludwig van Beethoven. In the former, the cloudy beginning contrasts with the energetic and optimistic ending. The latter was called by Richard Wagner “the apotheosis of dance”. This term aptly characterises this symphony full of life and momentum. The melody used in the finale appears in another composition by Beethoven, in his arrangement of the Irish folk song Save me from the grave and wise.