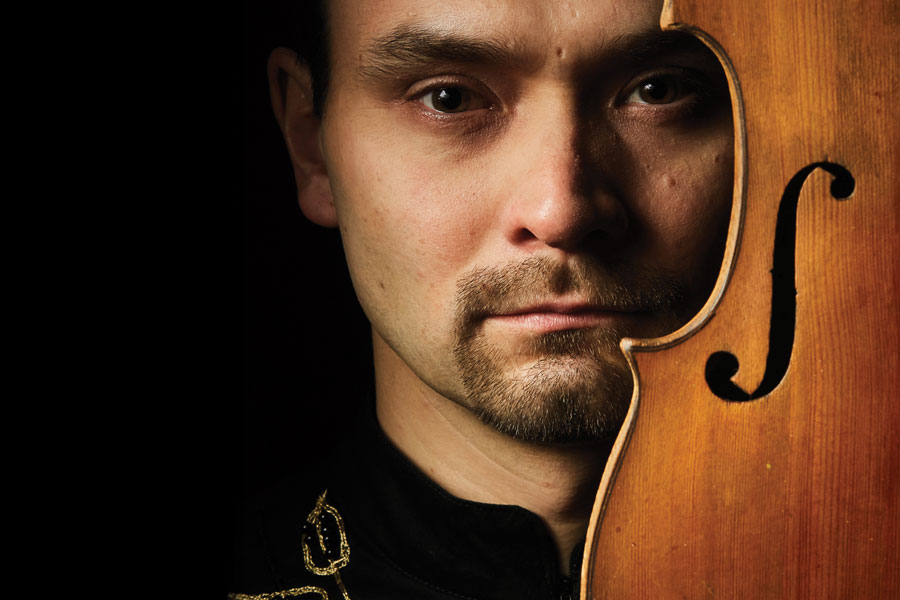 Instruments from the workshop of the legendary luthier Antonio Stradivari enjoy exceptional recognition and their prices reach millions of dollars. The violin, made in 1685 and played by Janusz Wawrowski, is the first instrument from this workshop that has been in the possession of a Polish artist after World War II. The November concert will be a unique opportunity to hear its sound in a very attractive repertoire.

Wawrowski will perform Karol Szymanowski's Violin Concerto No. 1, one of the most interesting and most advanced Polish compositions for this instrument in terms of tone colours. “The whole is terribly fantastic and unexpected,” wrote the composer in a letter to his friend Stefan Spiess, and these words are still valid. The Violin Concerto No. 1 remains a work that still seduces the listeners with the sophisticated sound aura and the composer's ingenuity in creating a sensual atmosphere.

Symphony No. 4 by Gustav Mahler is an unusual piece. This is the shortest of his symphonies, and at the same time it was intended for a relatively small (at least for Mahler!) line-up. The light and cheerful mood of this composition sends a serious message: its leitmotif is death seen from a child’s perspective. In the second movement, we will hear a violin solo symbolizing the Grim Reaper, playing a whole tone higher than the other string instruments. The last movement of the work is a song taken from the collection of German folk poetry Des Knaben Wunderhorn, which is a description of a heavenly feast.

The concert will begin with the popular overture to Richard Wagner's Die Meistersinger. This composition stands out in the oeuvre of the German composer, because only two of his thirteen operas and music dramas are comic works: Die Meistersinger and the forgotten and rarely performed early opera Das Liebesverbot.