Season opening and 40th anniversary of the NFM Leopoldinum Orchestra 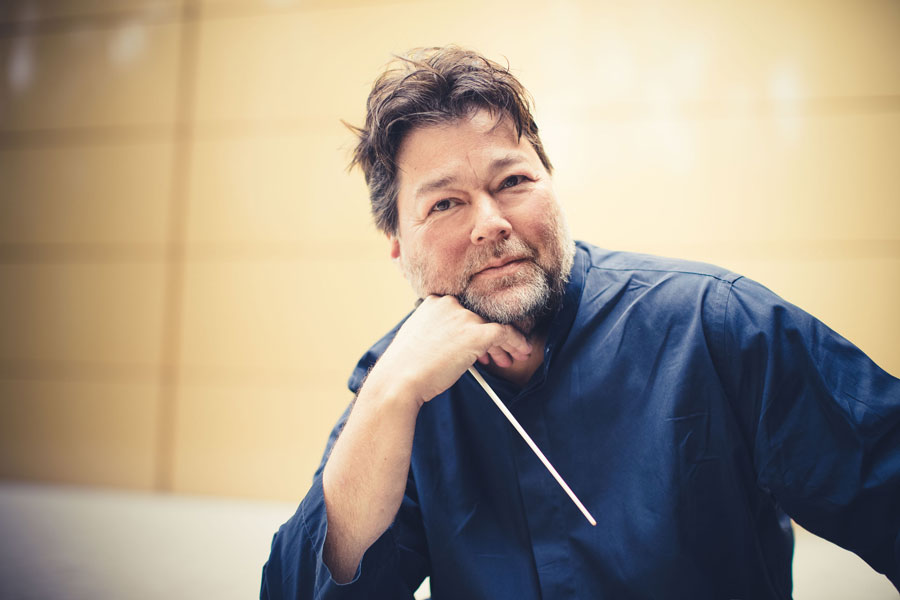 Conducting the World-Class Leopoldinum Orchestra is always a joy for me.
But celebrating their 40th Anniversary by performing one of the most important works of art in the history of the human being, well, that is anhonor and a privilege almost beyond description.
Millions of words have been written throughout the ages about the 9th Symphony by Ludwig van Beethoven (1770–1827) yet writers of every generation continue to be inspired by this most generous of all Symphonies. Each of us experience it through the prism of our own time, place, and philosophical point of view, responding with words to

Beethoven’s music not unlike how Beethoven responded musically to Schiller’s words. Beethoven’s lifelong preoccupation with “An die Freude” started from his earliest years as a struggling composer and culminates here in his final word as a Symphonist. Schiller’s message of Joy, Brotherhood and Faith in a loving God are Beethoven’s alpha and omega, his lifelong source, his guiding light. In the 9th Symphony, Beethoven uses music as the ultimate megaphone for the ideals and hopes of the Enlightenment. His intention is for this sound to reach around the world, to embrace the “millions” and urge us on to play an role in the fulfillment of a vision: The Brotherhood of Man. The musical style of his Choral writing and the perfect simplicity of his world famous melody, “a melody anyone can sing!” as Beethoven famously said, is modeled on Masonic communal singing, meant not only to inspire Brotherhood, Joy and Faith, but also as a prod for political change. By the time Beethoven began work on the 9th Symphony the optimism expressed so eloquently by Schiller nearly four decades earlier had been all but destroyed in Beethoven’s Vienna.

Austria in the 1820s had become a virtual police state of tyranny and authoritarian rule. The 9th Symphony at the time of its 1824 premiere was a plea to the world not to lose hope. For me it serves the same purpose in our own difficult times. As we prepare to embark on the third decade of the 21st Century, the phrase Human Brotherhood seems like a quaint and naive relic of a bygone age. Many people today would say “An die Freude” and the optimism of the Enlightenment from which it was inspired are no longer relevant, that these idealistic dreams are not only impossible, they are undesirable! For me however, Schiller’s hope for a world-wide Human Brotherhood isn’t only a philosophical ideal, it’s a prophecy, a vision of a Divine Design in the process of fulfillment. A convergence of computer technology, air travel and the spectacular economic success of international melting-pot megacities where millions of people from all corners of our planet live together, marry each other and exemplify Schiller's vision without even realizing it. One such metropolis happens to be my hometown, New York City.

Whether Human Brotherhood is the dream of a poet or the Will of God, whether we fight for it or against it, I believe that we the people of the Earth will gradually come to identify more with our similarities than with our differences. Beethoven’s hopes and dreams will then be realized and Joy will prevail! “Diesen kuss der ganzen Welt!”