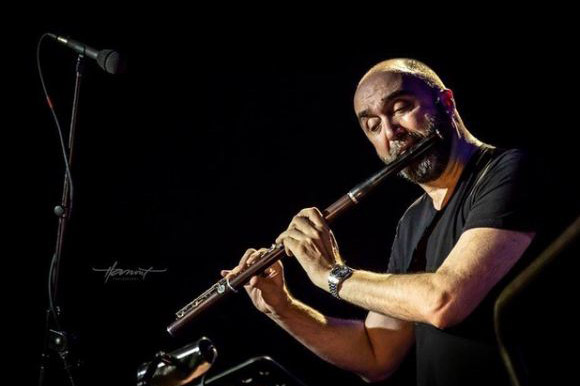 Music of past eras has often been an important source of inspiration for composers acting even several hundred years later.

In the first part of the concert, we will hear compositions of two of the most famous artists of the Baroque era - George Frideric Handel and Johann Sebastian Bach. Handel’s Organ Concerto in F major premiered in April 1739 at the King’s Theatre at Haymarket in London. Due to the light, richly ornamented and graceful character, the work gained the subtitle “Cuckoo and Nightingale”. Bach's Orchestral Suite No. 2 in B minor is one of the best known and recognizable Baroque orchestral works. In its Overture, the collection of dances also found a place for Polonaise, while the whole is crowned by short, airy and very popular Badinerie.

The second part of the concert will be devoted to works created in the 20th and 21st centuries. When writing the Colas Breugnon Suite for strings and flute, Tadeusz Baird based his music on the previously created radio play based on the novel by Romain Rolland. The work consists of six movements: Prelude, Love Cantilena, Dance I, Sad Song, Dance II and Postlude. While writing Dance I and Dance II, the composer reached for the sixteenth-century melodies from the collection of Quator gaillardes, neuf pavennes, sept branles et deux basse dances, while the rest of the suite comes exclusively from his invention. The slightly archaizing and ear-friendly character of the music made Colas Breugnon one of Baird’s most popular works. The success of this suite among the audience provoked the conductor Andrzej Markowski (the founder of Wratislavia Cantans) to parody the title and intentionally turn it into “Coca-Cola Breugnon”. The Three Pieces in Old Style of Henryk Mikołaj Górecki belong, like Baird’s, are quite untypical for Górecki. At that time his idiom was uncompromising and aggressive, but Górecki decided to create something completely different. The composer emphasized the harsh nature of the outer movements, exposing the fourth and fifth intervals, while the second movement is an energetic dance.

The evening programme also includes the Contrafactus by Giovanni Sollima, a charismatic cellist well known to the Wrocław audience.