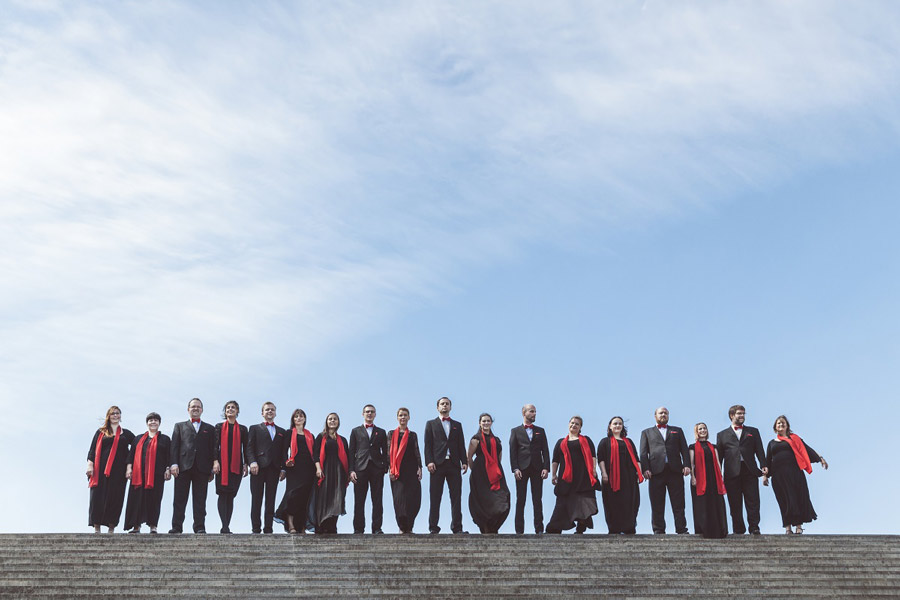 The concert programme features compositions of two masters active in the Baroque era. While the figure of Johann Sebastian Bach is known even to people not associated with music, the Czech composer Jan Dismas Zelenka still remains a less recognizable artist.

The Motet Singet dem Herrn ein neues Lied by Bach was written in Leipzig, and represents the mature period in the composer's work. It is quite probable that this piece intended for two choirs was written as an exercise for students of the school at the church of St Thomas, where Bach was cantor. The reaction of Wolfgang Amadeus Mozart, who ran into the work during his stay in Leipzig in 1789 and rated it very highly, proves how masterful its composition is. Bach's setting of the Magnificat is full of spledour. The version we will listen to this time is the second one prepared by the composer and comes from 1733. The lineup of the work includes timpani, three trumpets and a soft-sounding oboe, and the choir was divided into five parts (not four, as is usually the case). Here drama combines with deep spirituality, resulting in a work that is a testament to superb craftsmanship.

Zelenka was associated with the Dresden court as a local kapellmeister for most of his professional life. His Te Deum is one of the two settings of this hymn that have survived to this day in Zelenka’s output. Like Bach's Magnificat, it is a composition intended for a large lineup. Four trumpets and the vast forces of the choir divided into two groups add splendour to the work. Bach and Zelenka knew each other and expressed their mutual appreciation for their work.