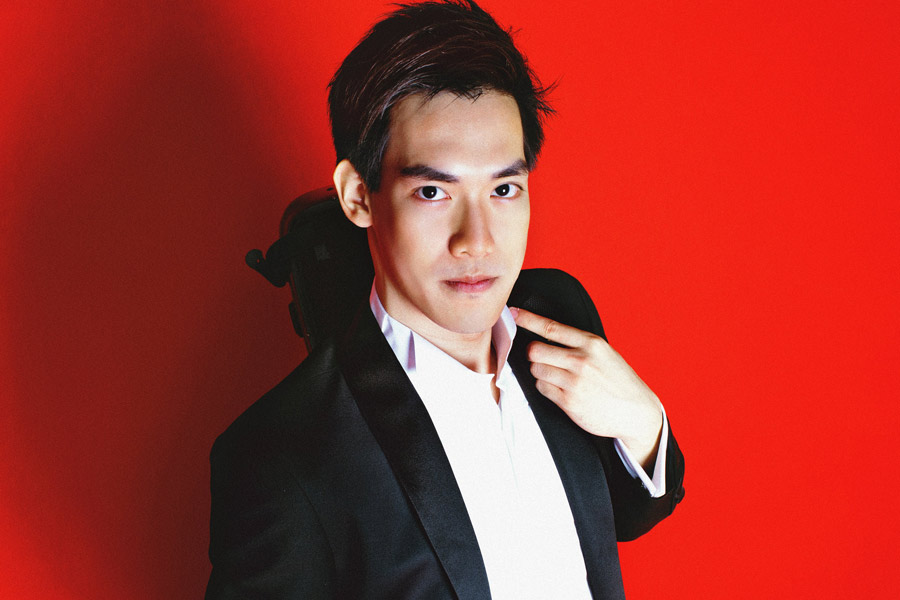 The National Forum of Music will host a star of great format again – this time we invite you to a concert of the violinist Richard Lin. He will perform with the Polish pianist Michał Francuz, with whom he has already collaborated at the 15th Henryk Wieniawski International Violin Competition in Poznań. The musicians will create a unique sound space thanks to the perfect combination of mood and sound of the two instruments.

The Taiwanese-American violinist Richard Lin, currently one of the most outstanding musicians of the young generation, has been playing the instrument since he was four years old. The twenty-eight-year-old artist is the winner of the greatest competitions all over the world. He has collaborated with the best orchestras and performed in the most renowned concert halls. He will be accompanied by Michał Francuz, known for his power of expression, great sound imagination and impeccable technique. The pianist made his debut at the age of ten. Currently he performs extensively in Poland and abroad. His project Francuz plays Beethoven from four years ago, whose aim was the performance of all the composer's piano concertos, was hailed as a great success.

Lin and Francuz will begin with Sonata No. 4 in A minor by Ludwig van Beethoven. The composition, dedicated to Count Moritz von Fries, was originally to be published together with the Spring Sonata. In the edition of 1802, due to a mistake, the violin part of each of the sonatas was printed separately, and the publisher did not intend to bear the additional costs associated with the changes, so it was decided to give a separate opus to the Sonata in A minor. The concert will also feature the Sonata for Violin and Piano by John Corigliano – a work that brought an American composer of Italian origin to the international arena.

In the second part of the concert, we will hear a dramatic in expression Sonata in G major by Maurice Ravel. Due to the composer's state of health, it took him several years to work on the piece, but the effect exceeded his wildest expectations – it is undoubtedly one of the most beautiful works in Ravel's oeuvre. The evening will be crowned with the Concert Fantasy by Igor Frolov, who used the motifs of the famous opera Porgy and Bess by George Gershwin.