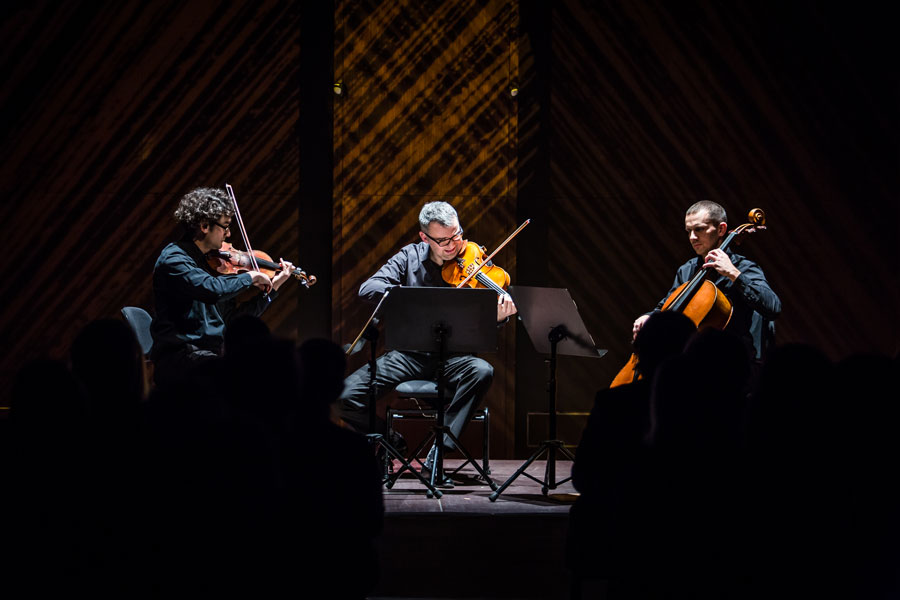 Johann Sebastian Bach received the highest fee in his life for composing Goldberg Variations. They are among his most popular works. The brilliant cycle, which was to become a perfect remedy for insomnia, will soon be performed by the NFM Leopoldinum String Trio.

According to musicologists, Goldberg Variations are among the most important works for keyboard instruments. Johann Sebastian Bach composed them for Count Hermann Karl von Keyserling, a Russian diplomat struggling with insomnia. At his request, a work consisting of an aria and thirty variations for harpsichord was written, which was played at night for the Count by Bach's pupil – Johann Gottlieb Goldberg. This material has constantly inspired musicians. Apart from the piano version, the work has been arranged for various instruments, including guitar, organ, harp and orchestra. Although the arrangements were not as popular as the original, they soon won the hearts of the audience and became the foundation of the musical culture of Europe. The Variations often become a starting point for improvisation, for example jazz musicians are particularly interested in them.

During the concert in March, music lovers of Wrocław will hear the piece arranged in 1984 by Dmitry Sitkovetsky, one of the most renowned contemporary composers and conductors. The Russian violinist admitted that during his work on Bach's cycle, an extremely emotional, vivid and passionate interpretation of the pianist Glenn Gould was an important point of reference. Sitkovetsky's violin version is equally moving, subtle and mellow in its expression.

The NFM Leopoldinum String Trio is familiar to the Wrocław audience. The excellent ensemble consisting of Christian Danowicz, Michał Micker and Marcin Misiak have been performing all over the world for over a decade, training under the watchful eye of the most outstanding virtuosi and winning the highest awards in competitions. The talented musicians with Goldberg Variations will spin a musical thread that will be long remembered.