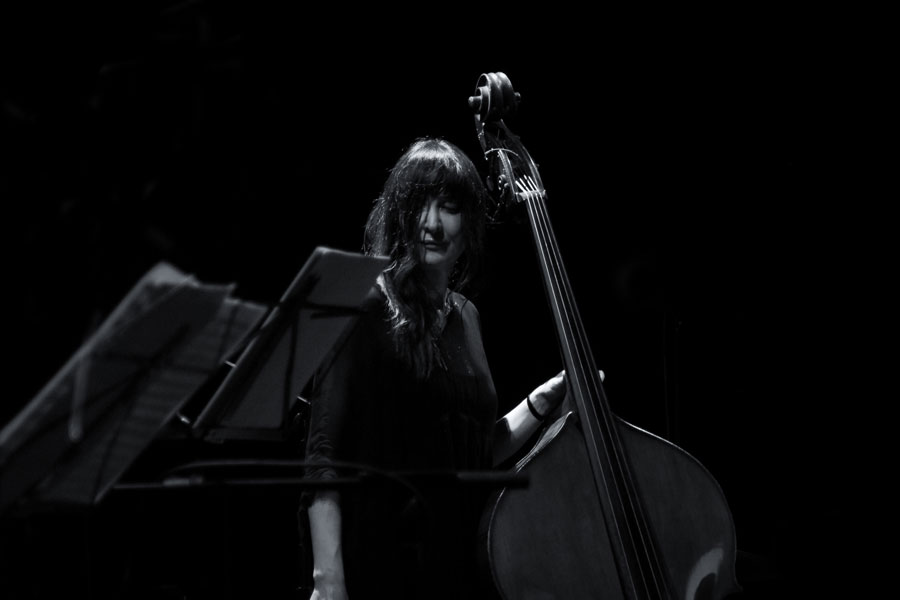 Eclectic, intense, evocative, seductive and more stimulating than ever, the Giulia Valle Ensemble is an absolutely overwhelming band, with an overflowing direct, which proposes to discover the latest works of Giulia Valle, by the hand of some of the musicians more recognized, as well as a new generation of interpreters that will surely impact the scene in the coming years. David Pastor, Dani Dominguez, Martí Serra, Gorka Benítez, Roger Mas, Raynald Colom as well the young Oscar Latorre, Tom Amat, Vicent Pérez, Adrià Claramunt and Felix Rossy are part of this collective. Giulia Valle Ensemble will launch new work in 2019, it will be Valle’s eighth album, it is probably the most complete and intense work.

Giulia Valle, composer, arranger, and bass player, is one of the most prolific, original, and international voices in Barcelona’s jazz scene. She has always combined her particular richness of ideas, composing her own universe of sound, uniquely diverse and distinct, with an extraordinary ability to put together and lead creative teams, devoted to her music, which she systematically arranges and rearranges until her tracks are pushed to the front of everything.

Giulia was born in Sanremo (Italy) and grown up in Barcelona. With Classical and modern background, Giulia Valle is nowadays considered as a very special & unique voice of contemporary jazz scene. She has formed herself in music in Barcelona, in Paris and NYC and has worked and shared experience with musicians such as John McNeil, Guillermo Klein, Mayte Martín, Bill McHenry, Jason Lindner or Antonio Canales among many others. During the last 14 years, she has been performing with the Giulia Valle Group and Giulia Valle Trio visiting many international festivals and clubs, and earning both public & specialized press applauses. Giulia also teaches music at the Conservatori Superior del Liceu de Barcelona.