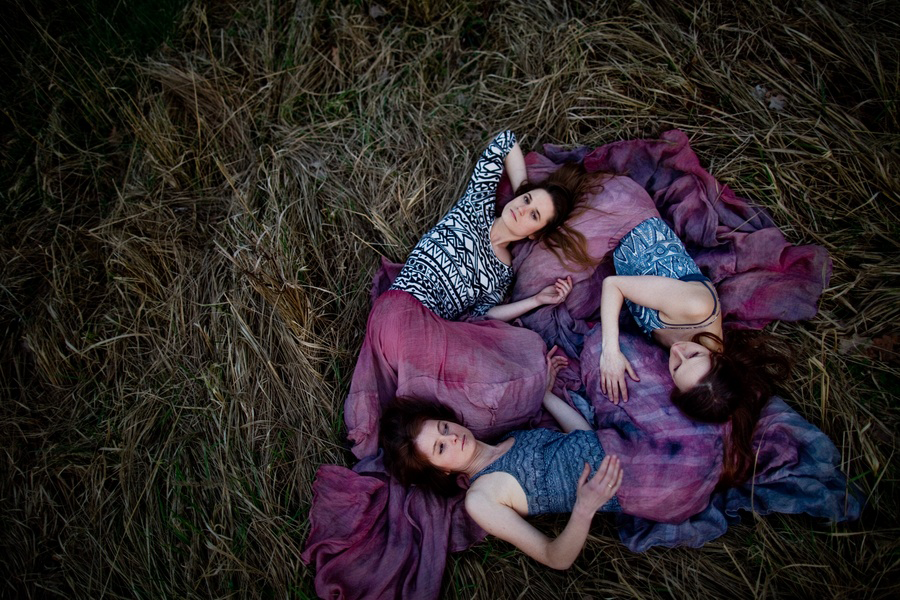 Sutari was created by three singers, instrumentalists and performers: Basia Songin, Kasia Kapela and Zosia Zembrzuska – each from different musical and theatrical backgrounds. The group made their debut in 2012 at the Polish Radio’s „New Tradition” Folk Festival, where they won the jury’s second prize and the audience award. Soon thereafter, they were declared „Most Interesting New Group of 2012” by journalists specializing in ethno/folk/world music. They were victorious in the 10th „Battle of the Bands”, a competition organized by Music Network, one of the largest world music publishers.

​In the autumn of 2014 the group released its debut album entitled „BRIDE PRICE”. The album was recognized as one of the top 30 best albums released in Poland in 2014 by journalists of the international music website beehy.pe and it also received the title of Folk Debut Album of 2014 by Polish music journalists. The album also won 3rd prize in the Polish Radio’s competition for Folk Phonogram of 2014 (the jury was made up of Polish and foreign journalists).  In the may 2017 Sutari’s released second album. „THISTLES” is a musical tale, suspended between the worlds of fairy tale and real life.

​The group has performed in front of international audiences many times, including at Skrzyżowanie Kultur in Warsaw (2014), in Muziekpublique in Brussels (2014), at the Ethnoport festival in Poznan (2015), at the OFF Festival in Katowice (2015), and at the De Doelen concert hall in Rotterdam (2016), Tallinn Music Week (2017), Rudolstadt Fest (2017), Folk Baltica Festival (2017) and more. In the autumn of 2015, the group presented their work at the largest international world music fair WOMEX 2015, and a few months later performed at the international Folk Alliance fair in Kansas City, USA. It is one of the very few Polish and European groups to have recorded a musical session at cult American radio station KEXP. In August 2016, the group took part in an artistic residency in Brazil, where they were very warmly welcomed not only by the Polish diaspora in Brazil, but also by the local music community.