Dance of the Sorceress

The project is part of the commemoration of the centenary of regaining independence and rebuilding of Polish statehood. 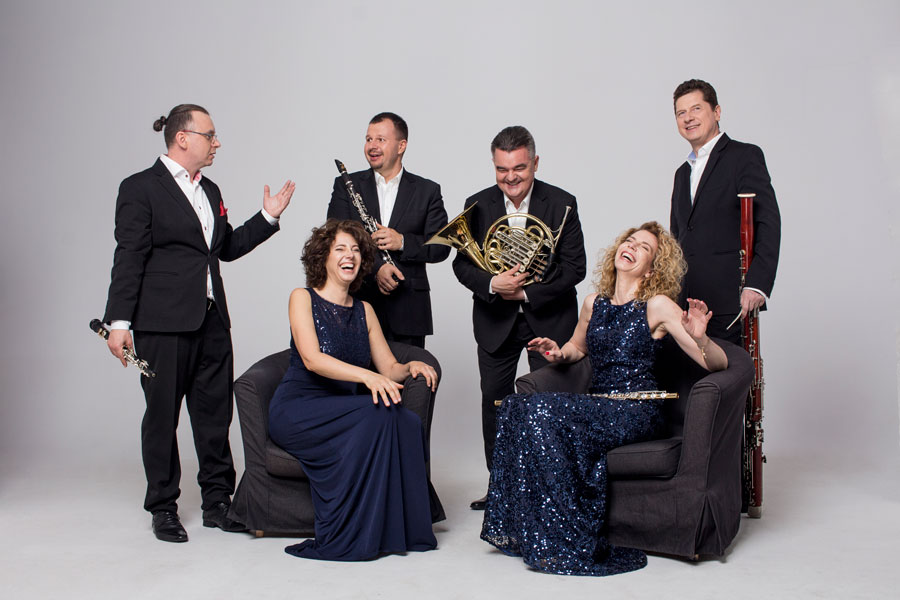 The sextet Gruppo di Tempera is an ensemble valued for its versatile and varied repertoire. A the NFM, they will perform pieces representing different styles, written by five composers. Some of them are well known, some are somewhat forgotten, and some were composed only recently.

The life story of Alexander Tansman proves that “no-one is a prophet in their own country”. Discouraged by the malicious attacks of music critics, the young artist left Poland in 1919 and settled in Paris, where his work was received with great enthusiasm. He gained worldwide renown as a composer and pianist, wrote music for Hollywood blockbusters, and was friends with Charlie Chaplin and Igor Stravinsky. His works have been performed by the best orchestras conducted by legendary conductors. Only in Poland, Tansman’s work has still not received the recognition it deserves. The concert will feature his Le danse de la sorcière, a short, witty and carefree composition.

Ludwig Thuille was an Austrian composer belonging to the same generation as Richard Strauss, with whom he was friends. However, unlike the author of Salome, he was a musical conservative. So, when he died at the age of only forty-five, his work quickly fell out of the concert circuit. One of his most appreciated and best works is the melodic, lyrical and charming Sextet in B flat major consisting of four movements.

This evening we will also hear a piece by Paweł Pudło, a contemporary Polish composer, born in 1983 in Katowice. The six-minute Whistleblower is a composition from 2019, premiered at the Warsaw Winds + Festival. The title refers to a person who exposes illegal and dishonest activities, the disclosure of which leads to a stormy reaction from the public. This will be followed by the Techno Parade, a composition by French composer Guillaume Connesson, born in 1970. Connesson in an ingenious and humorous way breaks the bridge between the styles, combining “serious” music with entertainment. Jean Françaix, the author of the last work to be presented wrote in the Neoclassical style, and the three-movement sextet L'heure du Berger from 1947 is no exception. It is an overtly comic, light and witty composition that perfectly complements the programme.