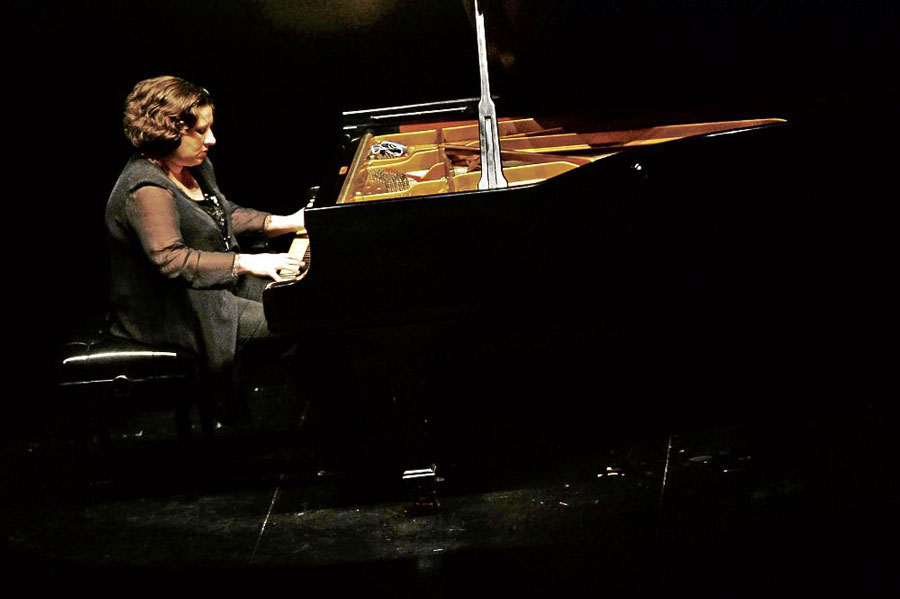 The brillant style was very popular among composers and listeners of the first half of the 19th century. The artists interested in it displayed bright and light sounds, trying to find a balance between virtuosity and melody.

Carl Maria von Weber and Felix Mendelssohn Bartholdy went down in history as outstanding German composers of the first half of the 19th century. However, their contemporaries also knew them as great pianists, and the results of this activity were spectacular, melodic and effective pieces for the piano. Weber’s output will be represented by the Rondo brillante in E flat major, while Mendelssohn’s work by the Rondo capriccioso in E major. The Austrian pianist Sigismond Thalberg, known and valued as a piano virtuoso, did not collect too many compositional laurels, and at present his pieces are performed sporadically. The programme of the concert includes his brilliant arrangement of the songs of the Venetian gondoliers, i.e. Barcarolle Op. 60. Camille Saint-Saëns was a composer, pianist, organist and conductor representing the second generation of composers of the Romantic era. He eagerly referred to the brillant style, and evidence of this interest is the elegant and impressive Étude en forme de valse op. 52 no.6.

The author of the most difficult piano pieces written in the 19th century was the Hungarian virtuoso Ferenc Liszt. The Grandes études de Paganini inspired the famous Italian violinist – they are based on threads from his work. La Campanella, meaning “bell” in Italian, uses the musical material of the finale of Paganini’s Second Violin Concerto in B minor - Rondo à la clochette. The equally impressive Etude in E major alludes to the first of the twenty-four Caprices by Niccolò Paganini. The most famous Polish composer writing in stile brillant was Frederic Chopin. In the 19th century, variations based on popular themes from operas of that time were very popular. A work of this type is the rarely performed but spectacular Variations in B flat major on the rondo "Je vends des scapulaires" from the opera "Ludovic" by Ferdinand Hérold. The Chopin part of the concert will be complemented by two daring waltzes, and we will also hear the Andante spianato and Grande Polonaise in E flat major. The slow introduction combines the features of a nocturne and a lullaby, and in an expressive way contrasts with the virtuoso polonaise. In the melody of this dance, the researcher Zdzisław Jachimecki noticed that the composer showed “a wonderfully shimmering play of lights and colours”.