Co-financed by the Minister of Culture and National Heritage from the Culture Promotion Fund as part of the "Music" programme, implemented by the Institute of Music and Dance. 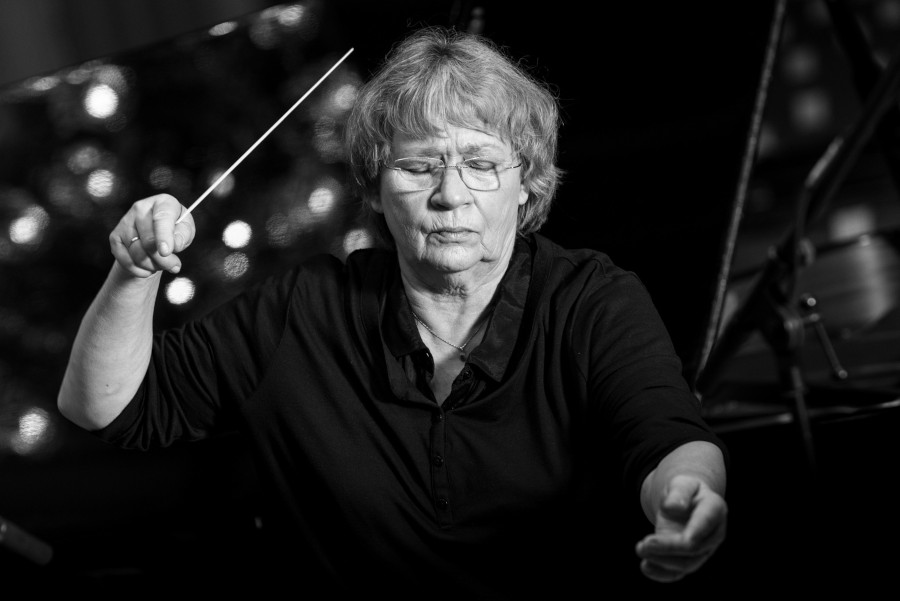 The Polish Radio Chamber Orchestra Amadeus has been of the most recognizable Polish ensembles since its founding in 1968 by Agnieszka Duczmal. The programme of her concert in Wrocław will include a contemporary work, one of the most famous sonatas by Ludwig van Beethoven, and a Czech composer’s quartet based on American motifs.

The evening will start with Mikołaj Górecki's Concerto-Notturno for violin and string orchestra, completed in 2000. Although in a piece with the work notturno in the title one can expect, above all, suggestive moods, singing melodies and a slow pace, this composition is expressively varied and contains very dynamic sections.

Piano Sonata in C sharp minor, op. 27 no. 2 “Moonlight” by Beethoven is one of the most recognizable works by this composer. The subtitle under which it is commonly known does not come from Beethoven. Five years after his death, the poet and critic Ludwig Rellstab compared the swaying music of the first part of the sonata to the flickering moonlight in the waters of Lake Lucerne in Switzerland. Other composers of the Romantic era, such as Hector Berlioz and Ferenc Liszt, commented on it in a similarly pompous way. The most famous slow movement is followed by a cheerful Allegretto, and the whole thing ends with a dramatic finale labelled Presto agitato. Beethoven distanced himself from the popularity of the sonata, and even told one of his students that he had written much better things in his life.

At the end of the concert, we will listen to String Quartet 12 in F major, op. 96 “American” by Antonín Dvořák, written during the composer’s holiday stay in Spillville, Iowa, in 1893. His trip to the United States was associated with the start of his tenure as Director of the National Conservatory in New York. It turned out to be extremely inspiring for Dvořák, as its result was also the 9th Symphony “From the New World” and two other pieces bearing American subtitles: the Quintet in E flat major, op. 97 and Suite in A major, op. 98. The composer clearly emphasized that these works were very different from his earlier works because they were inspired by the music of various communities living in North America: Native Americans, African Americans, and even the Irish. Hence the extensive use of the pentatonic scale by Dvořák in these works, which makes them sound a bit exotic and at the same time folk. In the third movement of the 12th String Quartet, the first violin features a stylization of the singing of the red-eyed vireo, a bird that pestered Dvořák with its singing so much so that he decided to weave this birdsong into his new composition.