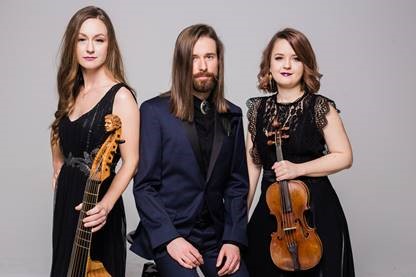 The concert of the Overtone ensemble and the tenor Maciej Gocman will be a meeting with the works of less known composers of the Baroque era. We will hear both vocal and instrumental works, as well as those intended solely for an instrumental ensemble.

Johann Rosenmüller was a composer, trombonist, organist and teacher active in the 17th century. He spent the most of his life in Italy. His work was appreciated in Germany, which is why he is considered an artist who exported the style of music created on the Apennine Peninsula to the north. During the concert, a short Sonata terza à 2 consisting of three movements will be performed. Then the musicians will perform Jesu nostra redemptio – a piece by Samuel Capricornus published in Bolzano in 1669, after the composer’s death. Even though he is now considered a German composer, he came from Czechia and was born in Žerčice. He was a very prolific and popular artist, creating in virtually all genres. He was also very entrepreneurial and gave a lot of effort to promoting his own works, which were known from numerous editions and handwritten copies. We will listen to the graceful Sonata in B flat major, op. 2 no. 1 by Dietrich Buxtehude. He was one of the most important and influential composers and organ virtuosos of the Baroque era. In his youth, Johann Sebastian Bach himself went on foot from Arnstadt to Lübeck, some four hundred kilometers away, only to listen to Buxtehude’s playing.

Alessandro Poglietti is remembered mainly for his compositions for keyboards. The concert features his Toccata fatta sopra l'assedio di Filipsburgo for chest organ. This composer of Italian origin was one of the most eminent figures in the Viennese musical community of the 17th century. He was appreciated by Emperor Leopold I, who made him an aristocrat, while the Pope awarded him the title of Knight of the Golden Spur. Poglietti died during the siege of Vienna by the Turkish army in 1683. The concert will be crowned with the cantata Packe dich, gelähmter Drache, intended for the Day of Archangel Michael. Its author is the well-known and appreciated Georg Philipp Telemann, who was paid much more than Bach for his music.