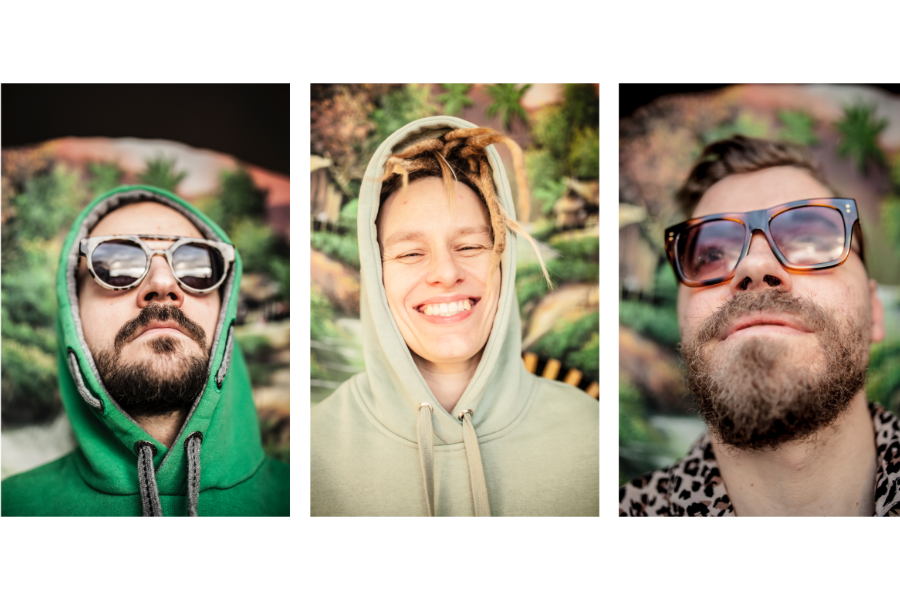 The performance of The Joanna Duda trio, a very colourful personality in Polish jazz and on experimental scene, will be one of the highlights of this year’s Jazztopad Festival.

“What is important is the message, and not the generally accepted aesthetic canons of studio quality, which sometimes distract both the listener and the musicians,’ said the pianist in an interview with Jakub Knera. “If an artist has developed a characteristic sound, regardless of how you record the material, their music will defend itself,” she explained, talking about the album The Best Of and production technologies. The Best Of, released in 2013, could seem like a joke: not only did Duda give it the title from the category of those summing up the careers of rock giants, but the material collected on the album was motley eclectic. Apart from jazz and electronic music, there is also room for classical performances of compositions by Fryderyk Chopin and Maurice Ravel. There is no point in looking for a single term for this album, a single plaque informing the listener about what they are listening to. Duda’s personality is equally beyond categorizations, and she has been running her own trio since 2017.

Its main instruments are the piano and integrated circuits, i.e. computers, bit machines and samplers. She also creates video-art installations, art installations and music for theatre performances. Her work is characterized by the search for unusual sounds, non-obvious instrumental and compositional solutions. Duda includes fragments of field recordings in her pieces, as well as instrumental and vocal samples. On the Keen album (2019), in the piece Agnus, you can hear a musical motif played on an instrument difficult to identify. “Many people ask me what kind of instrument it is, but no one has guessed it yet,” laughed the pianist in an interview with a journalist from the Jazzarium.pl portal. “And it's about spinet,” she revealed.

Is Duda a jazz pianist? After all, she has performed in bands such as Wojtek Mazolewski’s quintet, in the tradition of acoustic jazz. Duda runs a trio under her own name that performs at international festivals. This is what we will hear during the concert in Wrocław. Together with the pianist, the double bass player Maksymilian Mucha and the drummer Michał Bryndal will play. Duda’s work makes us realize how broad a discipline jazz is, and she associates its future with electronic music and experiment.