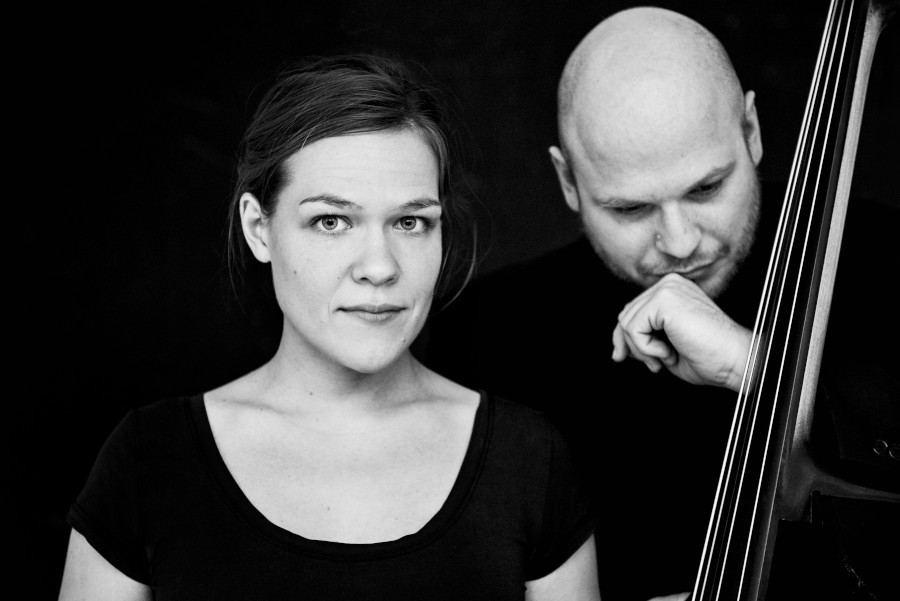 Maniucha & Ksawery is a duo that draws on the deep-rooted yet endangered traditional songs of the vast Polissya region in Ukraine. Their compositions combine jazz improvisation with songs of spring, harvest, weddings, lullabies and love to create a narrative of the cycles of nature and human life. Vocalist Maniucha Bikont is known for her long-term involvement in both traditional and experimental fields and has spent many years travelling to meet and learn from old singers in the Ukranian villages. Double bass virtuoso Ksawery Wójciński’s spectrum of musical genres reaches from early music to contemporary improvised music. Together Maniucha & Ksawery produce vibrant and adventurous tone-poems out of their minimal instrumentation, as heard on their debut album, Oj Borom, Borom... recorded thanks to the Polish National Radio Award and the support of their fans. Maniucha & Ksawery enjoy performing in cosy intimate spaces (small stages, backyards, countryside barns) as well as acoustically refined concert halls. During their concerts they not only sing and play music but also recall the stories and fables connected with their repertoire.

Oj Borom, Borom... is an attempt to create a multilayered tale based on archaic songs from western Polissya. Their starting point are traditional songs, stories, fairy tales. Vocal techniques, emotionality of this musical material, but also memory of situations, people, nature and stories accompanying the songs, are the pretext for making music together. The tales are narrated by voice and double-bass side by side as equivalent storytellers. Voice and bass become analogical participants of musical action, their parts inter-penetrate, balance, exchange. During this process it turns out that traditional music and improvised music are the languages so similar to each other, that they could be local dialects of the same language.