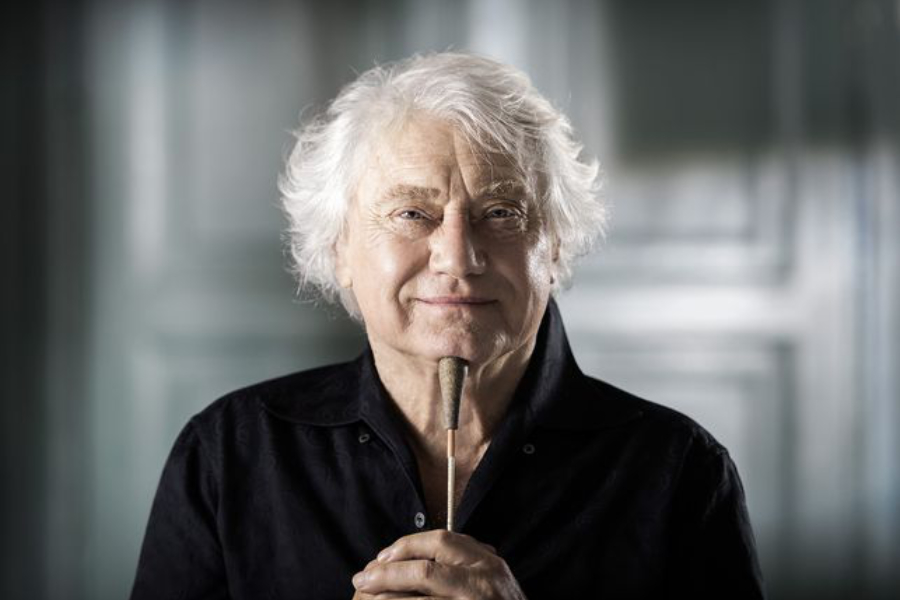 Jerzy Maksymiuk has a well-deserved reputation as the doyen of Polish conductors. The performance of this outstanding artist with the NFM Wrocław Philharmonic is a great opportunity to enjoy his interpretations of the works of four composers.

The Polymorphia is one of Krzysztof Penderecki’s early, avant-garde works. Its structure is thought through to the tiniest detail, and the richness of the sonic effects obtained by Penderecki was used to create an atmosphere like straight from a nightmare. Director Stanley Kubrick was so intrigued the composition that he included it in the soundtrack of The Shining. The Polymorphia ends in a completely surprising and witty way: the music breaks off and then resounds… in the sunny and joyful C major chord!

Next, we will listen to the Concerto in G major for flute, violin, and orchestra by a Czech composer little known in Poland, Bohuslav Martinů who was active in the first half of the 20th century. This light, cheerful and melodic work represents the Neoclassicist trend popular at the time. It was completed in October 1936 in Paris. La muse et le poète is a composition by Camille Saint-Saëns, written in 1910. The violin and the cello appear as solo instruments. The composer’s goal was not so much to present a show-off by the two soloists, but to create a poetic, free and reflective dialogue between them. Interestingly, the poetic title was invented by the composer’s publisher, and not himself. At one point, however, even Saint-Saëns found it accurate and kept it when he proceeded to compose an orchestral version.

The concert will end with the joyful and light Symphony No. 1 in C major by Ludwig van Beethoven. Although it was modelled on the symphonies of Joseph Haydn and Wolfgang Amadeus Mozart, Beethoven’s individualism made the symphony clearly distinguishable with his enthusiasm and unusual inventiveness from the works of his predecessors.