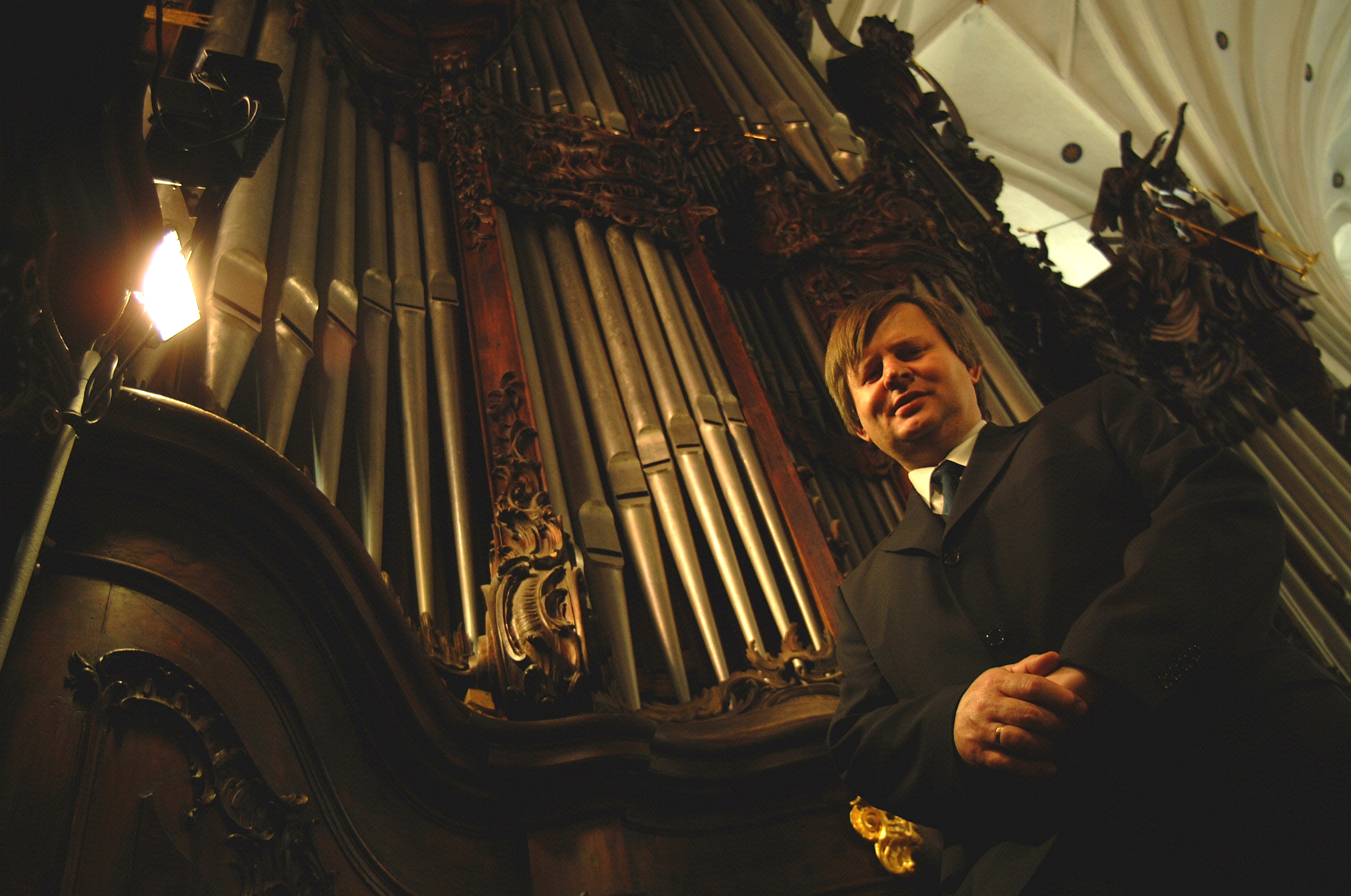 Roman Perucki’s organ recital in the Main Hall falls exactly on the birthday of Johann Sebastian Bach. The programme will include works by te Leipzig Kantor and compositions by two authors inspired by Bach.

Perucki will begin the concert with a performance of Prelude and Fugue in B minor BWV 544. This work was probably written by Bach between 1727 and 1731, during his stay in Leipzig and is one of the composer’s works that have survived as autographs. It opens with a dramatic and tense prelude, clearly contrasting with the calm, serene fugue. Chorale preludes were written by many artists of the Baroque period, but those by Bach excel. They are polyphonic instrumental pieces based on choral motifs. Perucki will perform two compositions of this type during his recital. It will be a majestic prelude BWV 654 in the key of E flat major, built on the theme of the Schmücke dich chant, o liebe Seele ("Don, my soul, a festive costume"), and also prelude BWV 682 in E minor, referring to Vater unser in Himmelreich ( "Our Father in the Kingdom of Heaven").

The last of these hymns also inspired Felix Mendelssohn to write the 6th Organ Sonata in D minor op.65. This German composer of the Romantic era was one of the great admirers and promoters of Bach’s work, which was practically forgotten at the beginning of the 19th century. This prompted Hector Berlioz to make a vicious and inaccurate remark about Mendelssohn that “he had spent too much time studying the music of the dead.” The least known of the three composers whose works are on the programme is undoubtedly Friedrich Wilhelm Markull. This German Romantic was associated with Gdańsk throughout his professional life. He worked there as an organist, chaired a music association, taught piano and was active as a critic. Roman Perucki will conclude his recital with a performance of his Sonata inspired by the chorale Nun danket alle Gott, op. 56, which was based on a theme previously used by Bach.