On the 20th anniversary of ElettroVoce

The commissioning of Wolfgang Mitterer’s cells of perspective for soprano and electronics was subsidised from the Culture Promotion Fund of the Ministry of Culture, National Heritage and Sport as part of the programme ‘Composing Commissions’ realised by the Institute of Music and Dance. 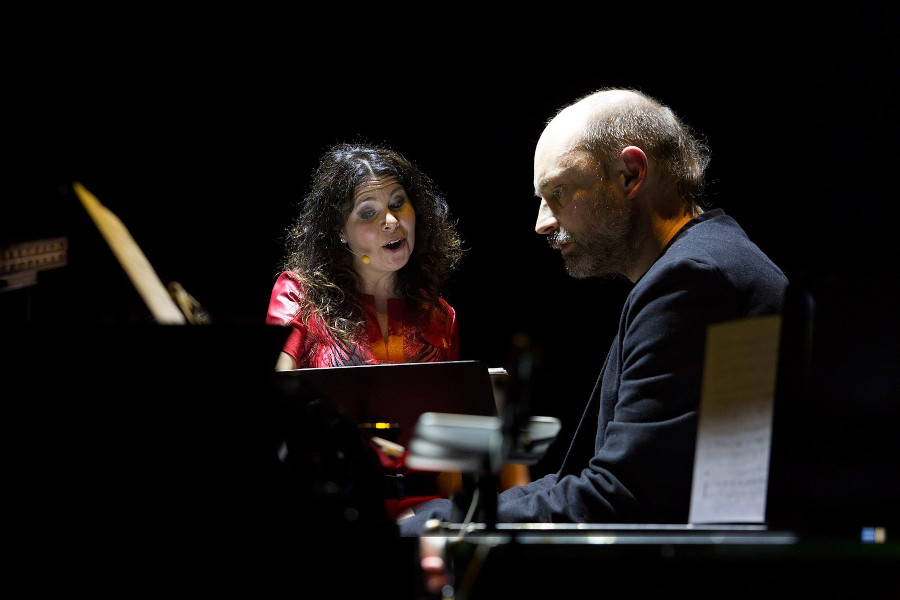 The concert will be a great occasion to celebrate the twentieth anniversary of ElettroVoce. The formation is created by two outstanding artists: Agata Zubel and Cezary Duchnowski.

The concert will begin and end with the performance of works that are the result of joint work by Zubel and Duchnowski. The work Widzimisię was written in 2020. The artists commented on the assumptions and message of this composition as follows: ‘The ElettroVoce duo has been balancing BETWEEN the oldest and newest instrument for nearly twenty years. Somewhere BETWEEN human usually loses their voice to infuse a spirit into the machine. […] We will play with a question about the meaning and answer with the sound to hear the mind and the spirit. If anyone hears it, that’s how we see this BETWEEN.’

The Borges y el espejo for soprano and computer is the work of Alejandro Viñao, born in 1951. The text is not important in this composition, the main role is played by the music, namely the very complex rhythmic melismatic singing originating from the Turkish tradition. The author wrote about his work, ‘In the Borges y el espejo I used a simple repetition of melismatic singing to generate complex rhythms […]. Turkish melismatic phrases are copied, repeated and transformed by mirrors that multiply them into perfection of symmetry or a gulf of obsessive repetition.’

Krzysztof Wołek’s Cookbook for the Modern Boygirl is a work in which the author used the text of the young American poet Bunny Morris. It tells about the author’s experiences as a genderqueer person from the pandemic period. It is personal and sensual at the same time, and at times even vulgar.

The topic of Wojciech Błażejczyk’s Co-Relations, a piece for voice and gestophone, is the relationship between a woman and a man. The voice part and live electronics are inextricably linked here. Zubel sings and Duchnowski transforms her voice by means of gestures. The programme also includes the composition cells of perspective by the Austrian composer Wolfgang Mitterer, born in 1958.

The concert will end with the performance of excerpts from Stories Nowhere from, written in 2014. In the words of the artists, this is the story of nine magical worlds, and each of them has its own story, which, however, cannot be put into words.